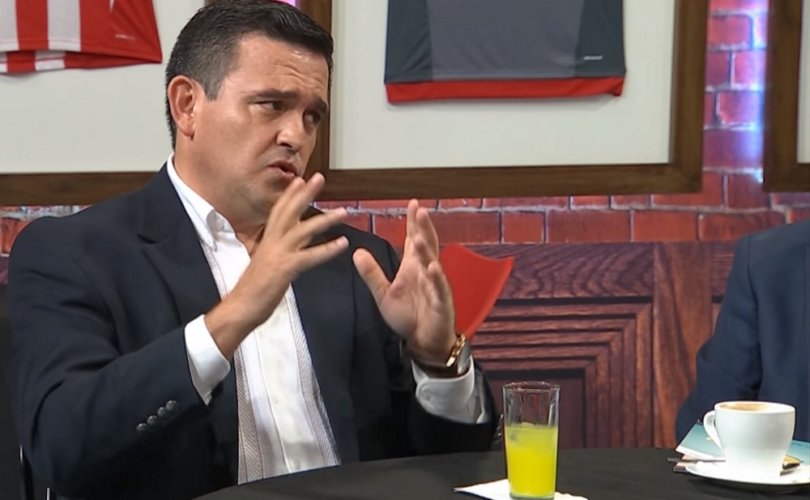 March 29, 2019 (LifeSiteNews) — The minister for education and sciences of Paraguay, Eduardo Petta, has banned a sex education course for teachers in public and publicly funded private schools in the country on the grounds that it suggests age-inappropriate activities, fosters a “libertine” form of “sexual identification” and ignores parental authority on “such a sensitive issue.”

The Guide for Teachers on Comprehensive Sex Education — Lifelong Education (available here in Spanish) is intended to help teachers inform children and young people from elementary level right up to adult age about all matters relative to sexuality, procreation, contraceptives, how to use a condom, abortion, “gender identity,” and so forth from a sexual and reproductive health perspective.

The course was developed by a Latin-American human rights NGO, Servicio Paz y Justicia (SERPAJ) — its general coordinator was for a time Nobel Peace Prize–winner Adolfo Pérez Esquivel — and by the Swedish Protestant faith-based NGO Diakonia. Diakonia’s goal is “to change unfair political, economic, social and cultural structures that generate poverty, oppression and violence,” and it claims that “the starting point for these efforts is the Gospel,” on which its “policy is based, with Jesus as role model.”

“Diakonia’s vision includes all people irrespective of religion, gender, ethnicity, color, sexual orientation, language, ideological or political beliefs, national or social origin, property, age, birth or any other status,” according to its website.

The Guide is a 208-page-long presentation of sexuality as a “social construct” and presents sexual relations as any sexual contact between “two or more” persons, whatever their “biological sex.” It presents the link between sexual activity and procreation as an outmoded feature, laments “unsafe” abortions, and generally promotes gender ideology. Many of the activities suggested by the Guide rely on group dynamics.

In July last year, representatives of the “Somos muchos más” (“We are many more”) youth movement petitioned the Paraguayan minister of education to ban further education of teachers on sex education because of its support of legal abortion and “gender perspective,” none of which had “been approved by heads of families.” Raúl Aguilera, who was minister at the time, handed over the request to his vice minister for primary education, and there the matter appeared to end.

Since then, Aguilera has been replaced by Eduardo Petta, one of two Evangelical ministers in the current Paraguayan government. Petta issued a resolution earlier this month based on the vice minister’s cabinet’s findings on the Guide, and several public consultations. The findings were published at the end of January. Eduardo Petta clearly outlined the points at issue, including the “devaluation of the concepts of femininity and masculinity” and the focus on sexual autonomy for underage young people, including children, “who are under the authority of their parents.”

The minister’s text recalls that “respect for family and for its participation in the education of its children” is a “constitutional principle” that as such creates rights for all families regarding educational offers.

The resolution clearly states that among “the concepts” used in the Guide, those regarding “the construction of sexual identification in a libertine form prevail.”

The government resolution includes controls in schools to make sure the Guide is not being used.

SERPAJ issued a statement saying the Ministry of Education does not have the capacity to prevent teachers from reading the Guide because of their personal “intellectual autonomy,” a “basic principle of education.” The material is aimed at students over 15, the NGO added, and its interests and priorities can be implemented in schools by teachers according to their students’ own characteristics. Teachers “are capable of reading and understanding what they consider to be appropriate or not for the development of their classes.”

The Guide’s authors add that fighting “gender stereotypes” is a prerequisite in view of avoiding child sex abuse.

Eduardo Petta is not showing signs of weakness. Last November, the minister personally met with the spokespeople of a pro-life demonstration in front of his ministry demanding the end of “gender ideology” in schools and colleges, as well as protection for the traditional family.

Stating that “no type of ideology extraneous to its constitutional precepts can violate Paraguay’s sovereignty,” Petta promised that the traditional family would play its role in the upcoming reform of education. “The family, composed by a man and a woman, will participate in decisions of the Ministry of Education during the transformation process,” he said.