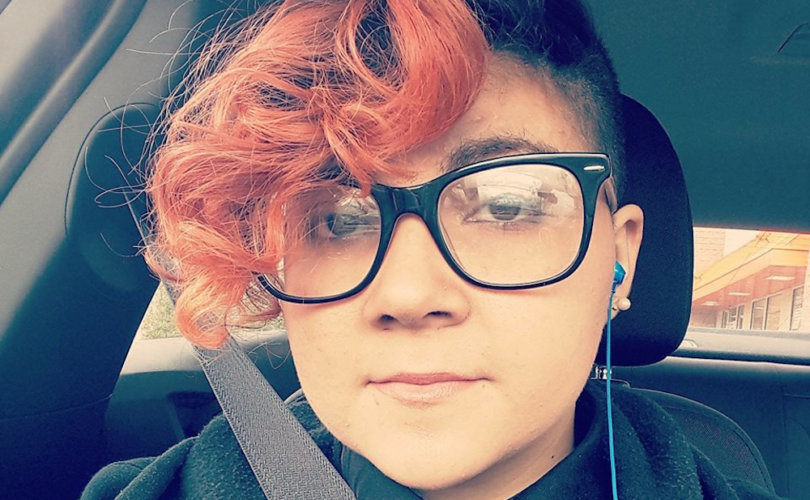 She was born Jane Marie Georgia. She died ‘Jay Griffin’ Georgia, a year after her parents opened the door for Jane Marie to start living as a boy.

Looking back, the grieving parents now wonder if perhaps supporting their child’s gender identity “transformation” actually added stress to her life rather than reducing it.

In an interview with AL.com, parents Matt and Erin said, “Jay was not ready to come out to the world in the sixth grade. Jay wasn't really ready at the end,'' she said. “It's a very personal process, but the schools have always been very attentive.”

Erin, who continues to refer to daughter Jane Marie as ‘Jay,’ said the youth battled depression and anxiety. “We were under the care of a psychologist from day one.” Jay attended group therapy and in February started taking medication.

She continued, “We would have highs and lows. Who knows if that contributed? I'm not going to run that over in my head. It definitely seemed to be an imbalance problem. We were still tweaking the medication, but it takes time.”

Jane Marie’s struggles and challenges were not simply personal or limited to within her family. Her obituary notes that she had became an advocate for LGBTQ issues. “Between publicly educating friends and family on proper pronoun use, and privately struggling with being called by his birth name and gender, Jay continued searching for the ever-elusive balance of social acceptance and personal validation.”

Her parents are not alone in questioning whether acceptance and encouragement hurt, rather than helped, their daughter, and that perhaps ‘social acceptance and personal validation’ were not the heart of the matter.

Walt Heyer, a former transgender, said Jane Marie’s life and tragic death “is proof that the issues driving the desire to identify in the opposite gender are not resolved by affirming the transgender but rather point to the existence of a deeper comorbid disorder that requires effective talk psychotherapy.”

Writing in Public Discourse earlier this year, Heyer observed, “Forty-one percent of the transgender population … will at some point attempt suicide. Even when affirmed, accepted, and loved, transgender individuals attempt suicide, which indicates that the issues they struggle with run deeper than a change in gender identity can rectify.”

The American College of Pediatricians has suggested that conditioning children to accept transgenderism as normal is child abuse. “When an otherwise healthy biological boy believes he is a girl, or an otherwise healthy biological girl believes she is a boy, an objective psychological problem exists that lies in the mind not the body, and it should be treated as such. These children suffer from gender dysphoria. Gender dysphoria, formerly listed as gender identity disorder, is a recognized mental disorder in the most recent edition of the Diagnostic and Statistical Manual of the American Psychiatric Association. The psychodynamic and social learning theories of GD/GID have never been disproved.”

In a phone conference last year, Dr. Aaron Kheriaty, director of the Medical Ethics Program at the University of California, Irvine, School of Medicine said “gender dysphoria is not much different from anorexia,” the potentially life-threatening belief that one is overweight when in reality one is not — and is perhaps just as dangerous.

“The hypothesis that gender identity is an innate, fixed property of human beings that is independent of biological sex — that a person might be “a man trapped in a woman’s body” or “a woman trapped in a man’s body” — is not supported by scientific evidence,” according to experts Lawrence S. Mayer, M.B., M.S., Ph.D, scholar-in-residence in the Department of Psychiatry at the Johns Hopkins University, and Paul R. McHugh, M.D. professor of psychiatry and behavioral sciences at the Johns Hopkins University School of Medicine.

Despite the fact that most children who “explore the idea of being of the opposite sex . . . ultimately identify with their biological sex,” popular wisdom continues to push children to transition at ever earlier age.

Richard B. Corradi, M.D, a professor of psychiatry at Ohio’s Case Western Reserve University School of Medicine in Cleveland, has asserted that transgenderism is “a contagion of mass delusion.”

Corradi suggests that “only prelogical children and psychotic adults believe in magical thinking, that ‘wishing can make it so.’ Yet ‘gender dysphoria’ is characterized as ‘gender incongruence:’ a feeling of dissatisfaction with one’s ‘assigned’ (birth) gender, and a wish to be otherwise-gendered, makes one a different person.”

He continued, “The tragedy, of course, is that people suffering from identity issues do not receive the help they need.” And just as you don’t put a person plagued by anorexia on a weight-loss diet in order to affirm their self perception as fat, loved ones and experts working with the gender dysphoric should likewise think twice about validating gender confusion.