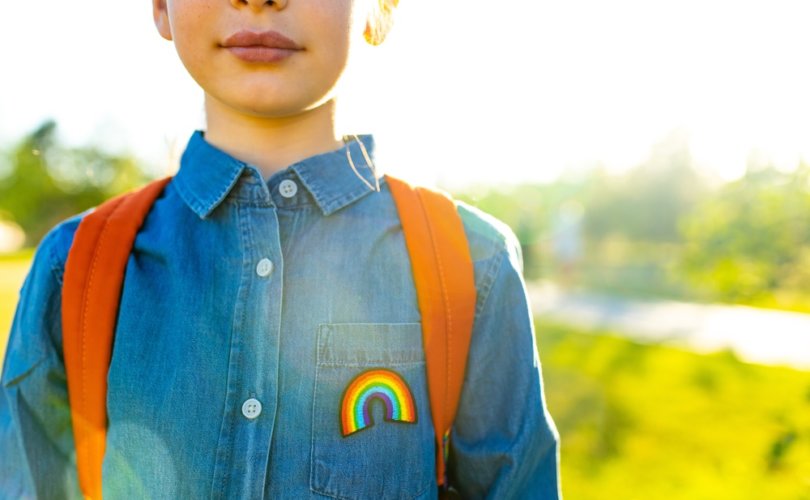 SPRINGFIELD, Massachusetts (LifeSiteNews) — Two sets of parents in Massachusetts are suing a group of school staff members and administrators for allegedly guiding children to adopt discordant gender identities and then concealing those identities from their families.

Parents Stephen Foote and Marissa Silvestri, along with Jonathan Feliciano and Sandra Salmeron, filed the lawsuit in a Massachusetts federal district court on April 12 with the help of conservative legal groups the Massachusetts Family Institute and the Child & Parental Rights Campaign.

According to the lawsuit, school officials at Baird Middle School in Ludlow, Massachusetts, had guided Foote and Silvestri’s young son and daughter (identified as G.F. and B.F. in the filing) into “social transitions” whereby the children were called by different names and pronouns than those corresponding to their biological sex.

The parents say they “have sincerely held religious beliefs that human beings are created male or female and that the natural created order regarding human sexuality cannot be changed regardless of individual feelings, beliefs, or discomfort with one’s identity, and biological reality, as either male or female.”

Despite this, Foote and Silvestri say their daughter, B.F., had “changed her preferred name at least twice since December 2020” at school without their “knowledge or consent.” They also argue that school officials have persisted in addressing their daughter “by whatever iteration of her name she has indicated she prefers,” even after parents learned about the situation and told officials not to do so.

The lawsuit also states the couple’s son, G.F., has “identified as transgender and requested to be called by a female name,” and that school staff concealed that information from the boy’s parents.

According to the plaintiffs, school officials blew off “specific instructions” from the parents “not engage with their children,” after Foote and Silvestri informed them their children were being treated by a “mental health professional” to help them deal with their gender-related issues.

The filing states that Foote and Silvestri’s children may have been encouraged to adopt different gender identities through an assignment.

A project allegedly given to incoming sixth-graders had directed students, potentially including B.F. and potentially G.F., “to create videos and to include in the videos their gender identity and preferred pronouns … without the parents’ knowledge or consent.”

Foote and Silvestri say they were unaware of the “transitioning” of their children until their daughter’s teacher, Bonnie Manchester, forwarded an email to them in which B.F. had stated she was “genderqueer,” and listed “he/him” pronouns and a new name.

“I did what any teacher would and should do: I told the parents,” Manchester told The Epoch Times earlier this year.

Manchester was reportedly placed on administrative leave shortly after notifying the child’s parents and has since been fired, Townhall reported.

RELATED: School nurse suspended after sounding the alarm on radical gender ideology in the curriculum

The April 12 lawsuit further alleges that school officials were aware of and defended the secret gender transitions of children.

Ludlow Public Schools superintendent Todd Gazda reportedly referred to opposition to secret gender transitions as “intolerance of LGBTQ people” that were disguised as claims about “parental rights,” the lawsuit states.

“For many students, school is their only safe place, and that safety evaporates when they leave the confines of our buildings,” Gazda allegedly said.

In their legal challenge against the school employees, the plaintiffs argue that Ludlow Public Schools had a “protocol and practice of concealing from parents information related to their children’s gender identity.”

“[Efforts] to affirm a discordant student gender identity at school violates parents’ fundamental rights under the United States and Massachusetts constitutions and violates children’s reciprocal rights to the care and custody of their parents, familial privacy, and integrity,” the plaintiffs stated in the filing.

“School officials are making decisions about the lives of children that they are not qualified or authorized to make and doing it without telling, and often deceiving, parents,” Vernadette Broyles of the Child and Parental Rights Campaign said in a statement shared with the Daily Caller.

In addition, Massachusetts Family Institute president Andrew Beckwith told The Boston Globe that “[t]his lawsuit is about protecting the right of parents to raise their children without the interference of government officials.”

Ludlow School Committee chairman James Harrington told news station MassLive that “[w]e want to support our students the best we can,” adding “we should bring parents to the table and hope they respond in a loving and supportive way as well.”

Ludlow Public Schools interim superintendent Lisa Nemeth told LifeSiteNews she is unable to provide comment on the situation due to pending litigation.