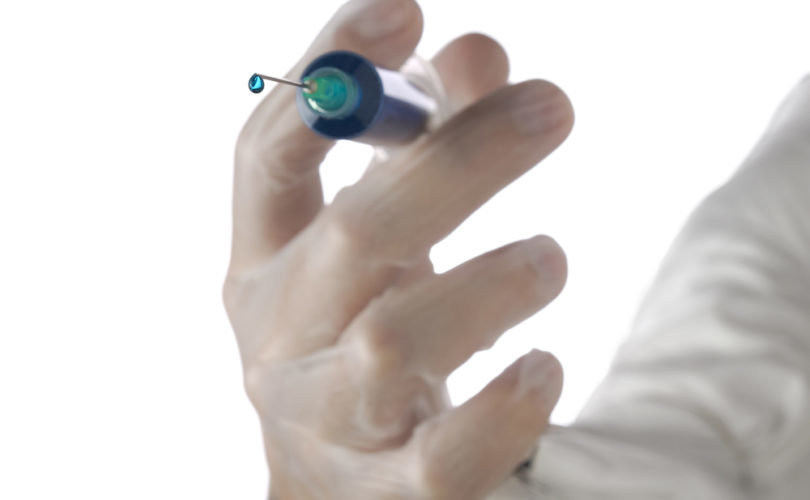 CANBERRA, September 17, 2015 (LifeSiteNews) – Thousands are expected to march this weekend in Australia’s five largest cities to protest a bill introduced in Parliament that would fine parents who refuse to vaccinate their children.

The so-called “No Jab, No Pay” bill, supported by both the national government and the Labour Party opposition, would deny low-income families that refuse to let their children be vaccinated up to $15,000 (Australian) per child in tax credits and day care subsidies. (That's just over $10,800 U.S.)

The bill would leave wealthy families untouched, because they do not qualify for the benefits.

“They are treating us like second class citizens, like criminals,” Tasha David, president of the Australian Vaccination Skeptics Network, told LifeSiteNews. “That’s not acceptable.”

Vaccine dissenters like David blame Rupert Murdoch’s newspapers in Australia for launching the “No Jab, No Pay” campaign two years ago, leading to considerable pressure in social media.

They say only a tiny minority of unvaccinated children actually die from communicable diseases such as whooping cough but Murdoch – whose media empire includes Fox News and Fox Business – magnified the numbers.

“The media call us ‘baby killers’ and our children ‘walking time bombs,’” said Mrs. David, who vaccinated six of her children only to see them contract a variety of serious infections and severe chronic illnesses, including HIV. She thinks they may have a genetic condition making them vulnerable to contracting diseases from vaccines.

“The two children whom I didn’t let be vaccinated have hardly seen the doctor at all,” she said. “The only explanation I have is the vaccines.”

The government’s position is that unvaccinated children are a public menace. “The choice made by some families not to vaccinate their children is not supported by public policy or medical research, nor should such action be supported by taxpayers in the form of family payments,” Social Services Minister Scott Morrison told Parliament.

Just under 40,000 children of the nation's four million children aged 0-14 are currently exempted from vaccination because of their parents’ conscientious objections. Three times as many go unvaccinated for a variety of health reasons in the country of 22.5 million.

Two states, Queensland and Victoria, are contemplating “No Jab , No Pay” bills that would bar unvaccinated children from day care.