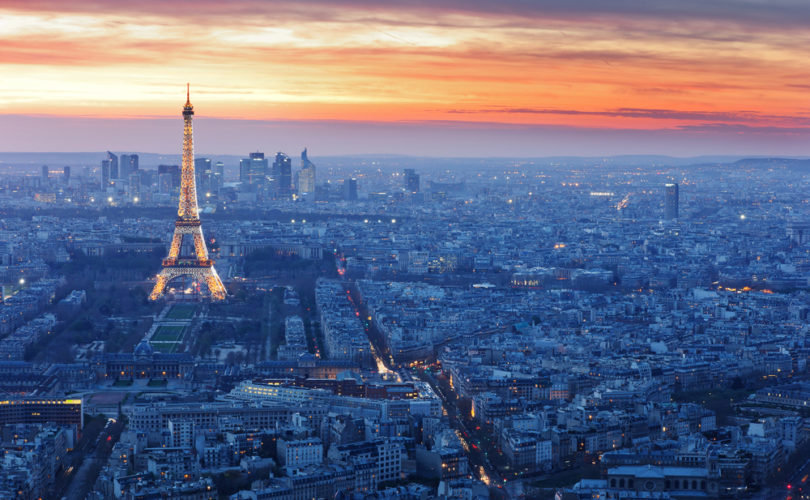 PARIS, December 4, 2015 (LifeSiteNews) – There will be no national March for Life in Paris next month. The leaders of “En marche pour la vie,” an umbrella organization that coordinates a dozen French pro-life associations, made this “painful” decision on Tuesday evening in the wake of the recent bloody terrorist attacks that took 130 lives in Paris on November 13th. Paul Ginoux-Defermon, spokesman for the event, made the decision public this Thursday, quoting the organizers’ fear of seeing the 2016 March prohibited by the Parisian police authorities.

There will be no-one in the streets on January 24th to march for life and against abortion. Officially, over 200,000 chemical and surgical abortions take place in France each year, and the “day-after pill” is available over the counter and distributed in high schools.

The aftermath of the attacks waged by Islamism against the French Republic is making itself felt. Whichever way you look at it, the “Prefecture de police” of Paris, that had acted so violently against the peaceful “Manifs pour tous” against same-sex “marriage” in the months running up to the law’s adoption in 2016, now has a perfect excuse for discouraging and even banning certain public events altogether.

This will be the first time since 2005 that no major pro-life or pro-family demonstration will be taking place in the French capital. Over the years, the annual Parisian March for Life had grown steadily in numbers and attracted many delegations from the rest of Europe and overseas, including the United States.

The 2016 edition would have protested more specifically against the latest attacks against innocent human life. The socialist government has introduced further liberalization of abortion in a series of laws from the start of its term of office in 2012. A new Health Law under discussion has already been adopted by the lower chamber of Parliament, the “Assemblée nationale”, and aims to allow midwives to procure chemical abortions, to create plans of access to abortion in all French regions, assigning minimal quotas to hospitals and clinics in regard to the amount of childbirths registered there, and to scrap the seven-day cooling-off period between an abortion request and the actual operation. Included in the legislation are wider provisions for embryo research as well as a new measure presuming consent for organ donation.

Wider access for physician-assisted death is also on the rails in other legislation.

All this made a strong public statement in favor of respect for life all the more urgent and necessary, especially as there are only a handful of pro-life legislators in office, most of them warily so.

Paris has pulled itself together somewhat since the terrorist attacks three weeks ago but a “state of emergency” has been decreed for three months. This gives the ministry of the Interior, local representatives of government as well as police authorities ample power to close public venues, impose curfews, requisition goods and locations and prohibit access to given zones or buildings. They also have the power to ban public reunions and demonstrations of all types, whenever these “present a risk” for those who take part.

In the wake of the attacks, all street demonstrations were banned for one week in Paris and even the major “pro-climate” demonstration that was to mark the opening of the COP21 was annulled – although a demonstration did take place on the “place de la République” where several hundred violent activists were arrested while many others were allowed to form a human chain “for the Planet”.

What will things be like towards the end of January, when the March for Life was to have taken place? Apparently the police is taking the threat of further attacks seriously, or is saying so at least. They made it clear to the March’s organizers that should the level of probability of such an attack rise the March could be banned days or hours before it was to take place.

Paul Ginoux-Defermon, speaking for the March, told LifeSiteNews that the fact that many participants join the March from the French provinces and from abroad, buying their journeys well in advance, was one of the reasons why the organizers did not want to take the risk of a last-minute ban. He also underscored the responsibility of organizing a large event where traditionally, many children and young people are present, while terrorist attacks remain a real possibility.

“It was a horribly painful decision to make,” Ginoux-Defermon told LifeSiteNews. “En marche pour la vie” is discussing other ways to get the pro-life message across and to make it heard in the public square.

All the mainstream French media are pro-abortion and pro-life movements are obliged to find alternative ways to reach the public. The March for Life is one of those ways.

It can be argued that the terrorists hailing from the Islamic State are scoring points in Paris and Europe. After having practically brought Paris to a standstill for a weekend, and having kept many people away from the shops, restaurants and hotels here these last weeks, they indirectly achieved the same thing in Brussels when a man-hunt for one of the suicide-bombers’ leaders led to the closure of the Belgian capital’s subway and schools, transforming the city centre into a surrealist warzone. Now the fear they have inspired is giving the public authorities de facto facilities to gag the pro-life movement’s few public appearances.

Catholic thinkers in France have underscored the link between the lack of respect for life and the loss of Christian faith and religious practice and the growth of Islam here: there is a void that is asking to be filled. In that sense next month’s March would have given a true answer to the nihilism of fundamentalist Muslims: every life is precious.

Tens of thousands march for life in Paris