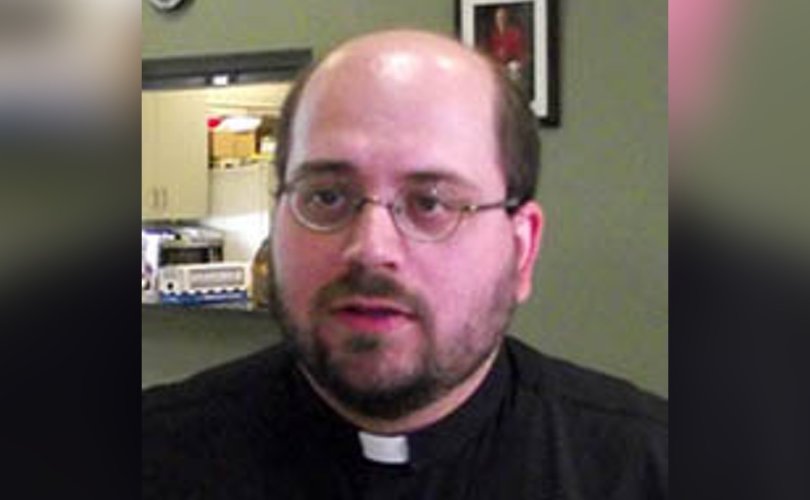 STARKVILLE, Mississippi, December 10, 2018 (LifeSiteNews) – Parishioners fooled by an HIV+ priest who fraudulently claimed he was raising funds to pay for cancer treatment are furious that they’re losing the priest who helped turn him in.

According to the Mississippi Clarion Ledger, Vincent was one of at least two priests among the four confidential informants who gave information during a Homeland Security investigation into Father Lenin Vargas. Vargas, the pastor of both St. Joseph’s and Corpus Christi in Macron, Mississippi, collected thousands of dollars from parishioners purportedly to fund personal charities and his own cancer treatments before it was revealed that he did not have cancer. Vargas allegedly spent the money on his own personal expenses, including a dating website for men with HIV.

Vincent was Vargas’s associate pastor and first informed the bishop of his concerns about Vargas and St. Joseph’s parish finances in 2017. Now, in the aftermath of revelations about Vargas and the diocese’s response to his shady fundraising, Vincent has been helping his parishioners heal from the shock of betrayal.

According to the Clarion Ledger, Vargas has not been seen at the parish since the Homeland Security raid, and Vincent asked Bishop Kopacz if he could stay on as pastor. Instead Kopacz has transferred the whistle-blowing priest and held three “listening sessions” at St. Joseph’s and one at Corpus Christi to get feedback from parishioners.

The parishioners are not happy. Garett LaFleur underscored to the Clarion Ledger the importance for ordinary lay people of priests fighting episcopal coverup.

“Kopacz’s decision to reassign Father Rusty in the coming weeks only illustrates his lack of understanding or care with regard to the needs of our parish,” he said.

“One of the few things that is providing my family with hope at this time is knowing that three of the confidential informants were priests. The assurance that there are still members of the clergy who are willing to stand up for and protect their parishioners when our bishop is not, is worth fighting for,” he continued.

“In Father Rusty our parish has a priest with our best interest at heart and someone willing to protect us from deceit and coverups.”

Maureen Smith, a spokeswoman for the Diocese of Jackson, told LifeSiteNews that Father Rusty Vincent’s transfer to Vicksburg had already been planned. “It was time for him to become a pastor,” she said. According to Smith, Vincent did ask later if he could stay at St Joseph’s, but the clergy personnel board decided that he would be a good fit for the Vicksburg parish. Smith said Vincent knew that his assignment at St Joseph’s was “of a limited duration.”

Homeland Security Special Agent William Childers alleged in his affidavit that the Diocese of Jackson knew as early as 2015 that Vargas had lied to his parishioners about having cancer. He charged that Kopacz had covered up the priest’s real problems. One “confidential informant” told government investigators that Kopacz had been told of Vargas’s HIV+ status in 2014. Also, in March 2015, the Diocese of Jackson’s vicar general sent diocesan priests an email partly written by Vargas claiming that he had cancer for which he would be receiving treatment.

Vargas told his parishioners that his cancer was so rare, it would have to be treated by specialists in Canada, and he did go to Canada – but to the Southdown Institute of Toronto, where it was alleged he received counselling for sex addiction.

Parishioner Michael Nadorff expressed his unhappiness with the way the Jackson Diocese handled Vargas’s situation, saying he felt “betrayed” and “very confused on what to do.”

“I think, for many of us, obviously what [Vargas] did was disturbing,” Nadorff said. “Just as, if not more disturbing, was the response from the diocese. It sure looks like they were trying to cover it up and move him on and not let it see the light of day.”

A third parishioner had more sympathy for Vargas than she did for Kopacz, saying that the bishop should have done more to help the troubled priest come clean to the parishioners he fleeced. Katie Buys, a mother of three, says that she still loves Father Vargas.

“I still do love Father Lenin [Vargas],” she told the Clarion Ledger. “He was very dear to me and our family.”

She and her husband David were unimpressed by Kopacz’s assurances at a “listening session” that he had sent Vargas for “treatment” in Canada and told him to come clean to his parishioners.

“It's asinine that [Kopacz] would think that [Vargas] would lie to us and collect money and come back and inform us of that without further hand holding or support,” Katie Buys told the Ledger Clarion. “Kopacz had an opportunity to help him but instead he chose to enable him in the area where he was struggling or sinning.”

David Buys stressed that it was important to parishioners to have Fr. Rusty Vincent help them work through their disappointment and doubt in the aftermath of the Vargas scandal.

“We need somebody with some history with us who can help us rebuild, at least in this phase of acute pain and grief and mourning that we’re all experiencing,” he said, and insisted that this was not a rejection of the priest sent to replace the whistleblower.

“This is not a usual period of transition to a new priest,” he asserted. “Really it’s more of an opportunity to mourn and grieve and figure out these feelings that we’re feeling with Father Rusty.”

Garett LaFleur told the Clarion Ledger that by moving Vincent, Kopacz is making it harder for parishioners to trust the bishop.

“Father Rusty provides for us what we need to heal together. He is intimately familiar with what has taken place, and he can work with us to facilitate the grief and healing process because we trust him. And, trust is in short supply. To remove him would only perpetuate the feeling that Bishop Kopacz is not interested in what the parishioners of St. Joseph’s need,” he said.

“To that point, it would seem that the only thing the Bishop is interested in is sweeping this scandal under the rug and silencing the cries of the parishioners and the priest who tried to protect them.”

This is not the first scandal to bedevil Kopacz. He was cited several times in the Pennsylvania grand jury report into clerical sexual abuse and episcopal cover-up. From 1998 to 2006, Kopacz was the vicar for priests in the Diocese of Scranton, one of the dioceses investigated in the report. The grand jury found that Kopacz had not reported accusations of sex abuse against priests, even after meeting with victims.

Subsequently the Diocese of Jackson downplayed Kopacz’s role in the scandal, explaining the rationale behind his decisions not to report or to delay reporting the abuse.

One of the cases in which Kopacz neglected to report clerical misbehavior was that of serial abuser Father J. Peter Crynes. Kopacz’s reasoning for not reporting a woman’s revelation to him of Crynes’s improprieties was that he had heard her confessions in the past, even though she told him of the abuse outside of the Sacrament of Confession.

On March 12, 2006, Father Kopacz met with Crynes about the allegations of the first two women. He admitted to the sexual contact. He stated that he always saw his physical behavior with women as gestures of loving paternal affection.

On March 29, 2006, the third woman met with Father Kopacz and the Diocesan Victim Assistance Coordinator. It was discovered that she first consulted with Kopacz in 2002. She had brought her concerns to Kopacz on the advice of her confessor and had difficulty understanding why Kopacz did not take her concerns to Diocesan personnel. Kopacz explained that he had been her confessor in the past and felt that her trust in him meant that he would not reveal her experiences to anyone. He stressed that he believed her and that he never forgot what she had revealed. Kopacz further explained to her that, at that time, there was no defined policy mandating disclosure of such matters.