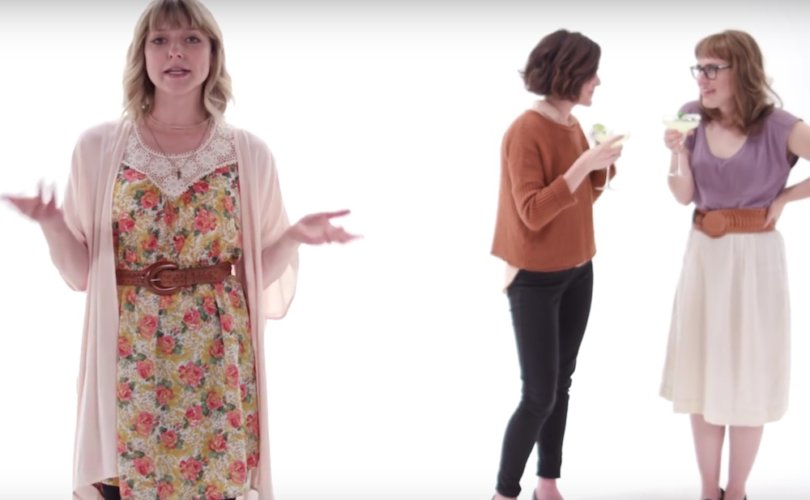 August 4, 2016 (LifeSiteNews) – A post on the humor website Cracked.com this week lampooned birth control and its supposed benefit for females, taking shots at everything from the myriad physical dangers of contraception to the fact it has not lived up to the promise of liberating women.

The “If Birth Control Ads Were Honest” parody of contraceptive ads gets down in the mud with some crude content to prove its point of just how damaging the varying forms of birth control are to the female body, but having “gone there” it also skewers the notion of women’s empowerment by illustrating the terrible things women go through while still shouldering the lion’s share of the responsibility in preventing pregnancy.

The satirical ad jokes that it takes a “relatable, relatively cool person our viewer might like to be if they were cool” to sell birth control, because as the pharmaceutical exec in the video says, “We understand that you don’t want me to man’splain about birth control, although I am the one that makes it.”

It also pokes fun at the contrived presentation of women in birth control ads, because, as “relatable, relatively cool” Jess says, “this body-altering medical stuff will sound better generalized by my gal pals.”

Cracked lays out some truth about the pill, how it works, its possible failure, cost, and some side effects.

“The pill’s great,” Jess states, “it just has side effects like weight gain, nausea, depression, migraines that could indicate cancer, or a lack of sex drive, so you won’t even get pleasure from sex.

“The pill can also change who you’re attracted to,” she continues, “so once you go on the pill for that special guy, you might not even be attracted to him anymore.”

The satire also takes aim at the contraceptive industry’s portrayal of women as being too busy to worry about pregnancy, the supposition that women “just aren’t ready for a baby but will be eventually,” and also the idea of “too many” kids.

“Because it’s OK to need birth control if you’ve already had sex to procreate and you just cannot 'baby' anymore,” says Jess.

“I have a kid?” one of the gal pals asks in panic.

“Yep, but only the right amount,” Jess responds.

The negatives of the IUD, hormonal implants, hormone shots, the diaphragm and sponge are spelled out by Jess, along with the ring and patch, which “have caused blood clots that have killed people.”

Cracked’s parody of contraception as liberator of women may be another sign the culture is turning a corner on contraception.

Awareness appears to be growing of contraception’s risks with increasing popularity of natural wellness, and also with media such as Cosmopolitan Magazine beginning to report on the dangers after decades of promoting contraception.