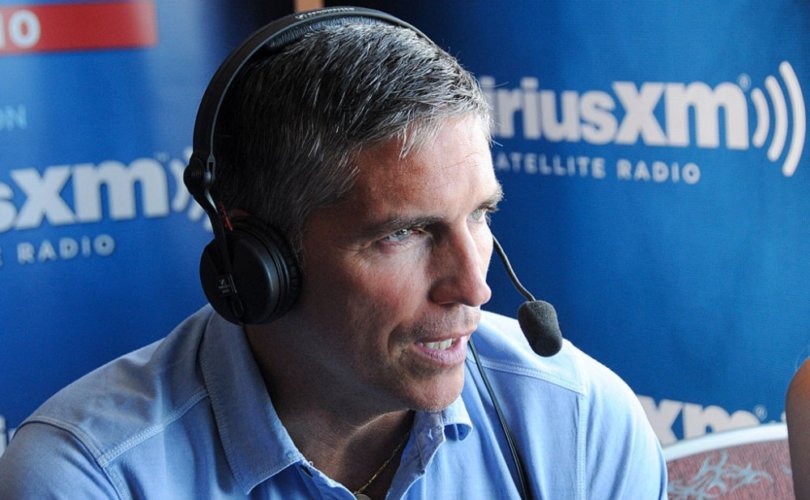 September 18, 2020 (LifeSiteNews) — Catholic actor Jim Caviezel, best known for playing Jesus in the 2004 film The Passion of the Christ, blasted “lukewarm” Christians in a Fox News interview, saying it’s “a bloody shame” one can’t tell the difference “between a priest, a bishop, or a politician.”

“I got to play Jesus, some of us love Peter or Paul, but there are many of us right now, they are flat out Judases, okay? Or they’re Pontius Pilates or they're the Pharisees, okay?” Caviezel told Shannon Bream on the Fox News show [email protected] yesterday.

“It’s a bloody shame if you can’t tell the difference between a priest, a bishop, or a politician. It’s really sad, but this is called lukewarmness, and Christ has a very special place for them, and they know it.”

Caviezel appeared as a guest on [email protected] to discuss his latest movie, Infidel, which he described to Bream as a “well executed thriller.” Caviezel made the remarks when asked by Bream about what his concerns are regarding the role of faith, and what people should be doing about it in today’s world.

He was blunt with Bream, telling her that his new film is not some “candy-ass Christian stupid film,” but is rather one about “what is really going on today” in terms of the persecution of Christians in the Middle East.

“Well, it [the film Infidel]’s relevant because we have this thing called cancel culture, and if Christians don’t watch, it will be canceling Christianity as well, because a lot of our pastors, okay, our bishops, our priests — they’re laying right over,” Caviezel told Bream.

“They let their churches being burned, all right? How do we know that? Well, it’s right there in the news. Statues being ripped down. They don’t say anything.”

Infidel has Caviezel starring as an American journalist named Doug Rawlins, who is kidnapped in Cairo, Egypt while speaking at a conference. Rawlins ends up in an Iranian prison on bogus spying charges.

In the film, Rawlins’s wife tries to get U.S. State Department officials to help her retrieve her husband, but they refuse to get involved.

The film features the Christian persecution going on today in many countries in the Middle East and centers on the Christian underground inside the nation of Iran.

Caviezel also told Bream that the closing of churches did not help those with mental health issues, saying to her that he has lost friends to suicide.

“Would it have helped to be able to get into a church, especially during this time? Absolutely. And is it good for mental illness? Yes, it is,” Caviezel told Bream.

He also said the situation in which “collaborators” don’t stand up governors or mayors is where the “persecution” starts.

“So the collaborators in our faith, all right, this is where the persecution starts. You gotta have guys inside your faith that won’t stand up to the governors, that will not stand up to the mayors,” said Caviezel.

“That’s why the Gospels are very much alive right now.”

In an interview on Breitbart News Daily to promote his new film last week, Caviezel blasted the closure of churches in the United States due to coronavirus-imposed restrictions.

“There are Christians right now being persecuted for their faith, whether it be in Iran or in China or other parts of the world,” said Caviezel. “And we need not go any further than the United States, where you’re not allowed to go into churches.”