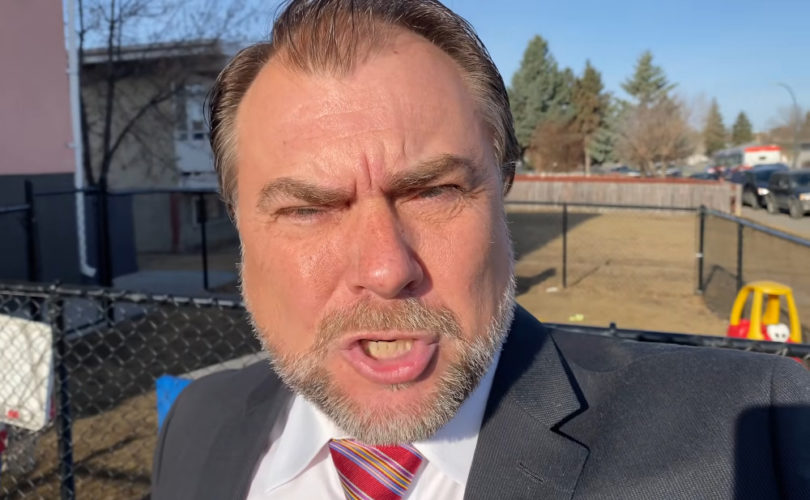 CALGARY, Alberta (LifeSiteNews) — Canadian Christian Pastor Artur Pawlowski broke his silence on what he described as deplorable jail conditions he faced while spending 51 days in prison, saying he was forced into solitary confinement on many occasions, strip-searched, and generally humiliated at times.

“What I went through, it was a rollercoaster,” said Pawlowski in an interview Thursday. “I was placed in metal box, I was stripped naked, searched, I spent many hours, almost every day on concrete.”

Pawlowski claimed that at times prison staff tried to get inmates to “beat” him up, and he was also placed in a part of a jail for a short time that is normally reserved for “murderers.” He said that bizarrely he was placed in a “mental health unit” for a time, as well: “What I went through, you got no idea.”

Pawlowski noted that he is still a political prisoner. “What they’re doing, they’re piling up anything, everything trumped-up charges just to keep me under the gun,” said Pawlowski.

He noted that he will continue to fight his charges with the help of his lawyer to expose the “corruption” within the political system.

Despite being home on house arrest, Pawlowski noted he is thankful to be at home with his family.

“I’m very grateful to be with my wife and children, and I spend this time with them, but I am still a prisoner,” said Pawlowski.

In another recent interview with Rebel News, Pawlowski said that some prison guards were nice to him and said they knew he was a political prisoner, and even offered to pray for him.

Pawlowski was released from a Calgary jail on bail on Wednesday after his legal team agreed to terms that allowed him to go home with his family. He had been locked up for 51 days, starting February 8.

On March 25 Pawlowski was first granted bail by a provincial court judge on mischief and critical infrastructure charges. However, he was not released right away after added charges were placed against him for which additional bail conditions had to be met.

Despite being out of jail, Pawlowski is under strict house arrest conditions that will severely limit his movement. He will be subject to a house curfew from 7 p.m. to 7 a.m. except to attend his church services, and is barred from attending protests of any kind or meeting with the public.

The judge placed a publication ban on Pawlowski’s court proceedings, meaning the full details of what transpired cannot be published until a later date.

Pawlowski is facing at least three trials in the next coming months on multiple charges.

Pawlowski had been arrested for the fifth time on February 8 by an undercover SWAT team just before he was slated to speak at a peaceful Freedom Convoy protest at the Alberta-U.S. border near Coutts, Alberta.

He had traveled to Coutts and gave a sermon to truckers blockading the highway, telling them peacefully to “hold the line.”

Those wishing to help with Pawlowski’s legal fees can visit SaveArtur.com. All money raised goes toward the Democracy Fund, which is a registered Canadian charity.