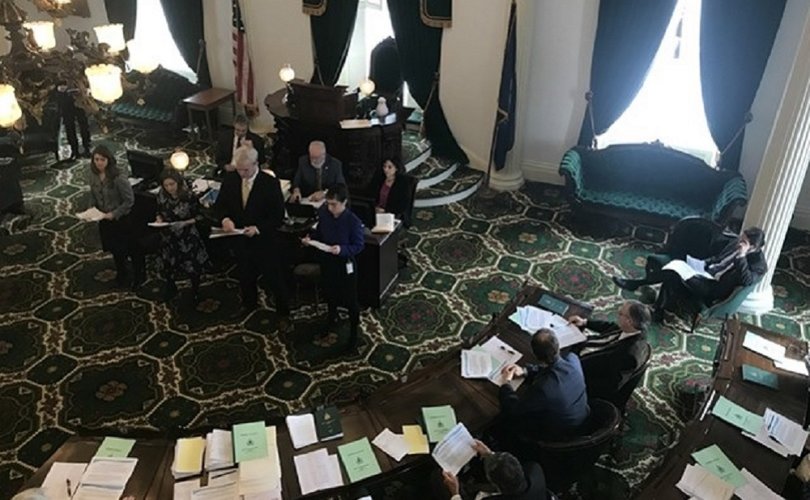 March 21, 2019 (Live Action News) — Rev. Rosaire Bisson is the assistant pastor at Christ Community Alliance Church in Barre, Vermont. He also gives devotions before the Vermont Senate as many local religious leaders have done. According to TrueNorthReports.com, Bisson spoke about “everyone's right to life” in January, just a week before the State House held a public hearing on Vermont's expansive abortion bill H.57 (which passed in the House and is now in the Senate). Because what he said was deemed to be controversial and political by several senators, Bisson was banned from giving devotions for a full year.

The full devotion is available to read at TrueNorthReports.com, but the portion in question states:

In the Declaration of Independence, it states in the second paragraph, “We hold these truths to be self-evident, that all men are created equal, that they are endowed by their Creator with certain unalienable rights, that among these are life, liberty and the pursuit of happiness.” There is a reason that among those unalienable rights listed that life is first, for without life, it is impossible to enjoy these other rights. Indeed, the Equality and Human Rights Commission also states in Article 2, “Everyone's right to life shall be protected by law.”

He went on to say that the “key purposes of government include the protection, promotion and provision of human life, especially its most vulnerable.”

Bisson, by standing up for the God-given right to life — because our rights are given to us from God, not from the government — is now forbidden to offer devotions in the Vermont Senate. Time will tell if he is actually invited back or not.

Vermont bill H.57, if it eventually becomes law, will allow for the abortions of viable and healthy babies on healthy mothers through all nine months of pregnancy in the event that Roe v. Wade is overturned and would not allow for any restrictions on abortion.