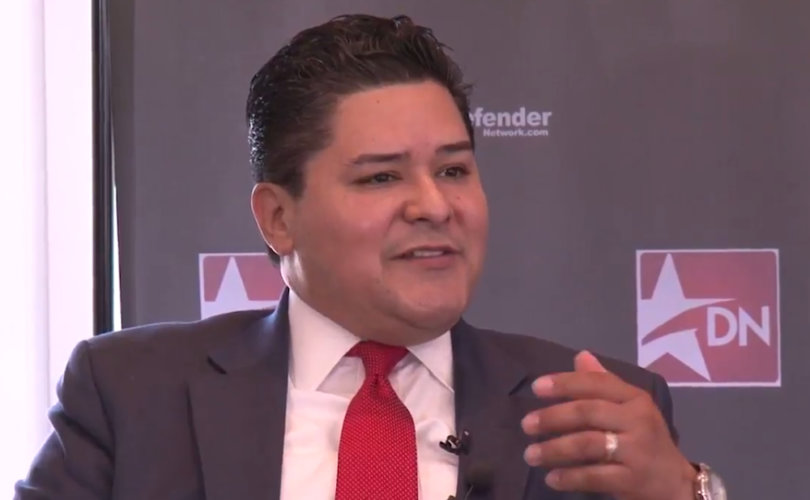 HOUSTON, Texas, June 26, 2017 (LifeSiteNews) – A group of Texas pastors said “no” to the school superintendent after he suggested adding an LGBT history curriculum in area schools, telling him that what might pass in San Francisco won’t go over in Houston.

“The LGBTQ movement in the U.S. has a history,” superintendent Dr. Richard Carranza told a gathering hosted by the Houston Defender, a publication centered on the local black community, “and in many cases, many people would call it a civil rights history in terms of acceptance and in terms of who have been leaders of the movement.”

“I think it’s part of the American history,” he said. “To include that as part of what kids study is just a bigger picture of who we are as America.”

Rev. Dave Welch, executive director of the Houston Area Pastor Council (HAPC), responded that in Texas people of all ethnicities still believe children “are to be protected, nurtured, and educated, not used as a social experiment of a radical political agenda.”

“Dr. Carranza, not in our city and not our children,” Rev. Welch said in a statement. “The former mayor of Houston attempted to turn Houston into San Francisco with this same philosophy. Again, this is Houston, Texas, not San Francisco, California.”

The pastor’s Council had gone up against former Houston Mayor Annise Parker, who is openly gay, over “transgender rights” legislation that would have allowed men access to women’s restrooms and vice versa. Parker had demanded that pastors actively opposing the bill turn over their sermons for review during the battle.

Another bill requiring Texans identifying as “transgender” to use the bathroom corresponding with the gender listed on their birth certificate failed earlier this year and is set to for reconsideration in a 30-day special session beginning July 18.

Carranza was deputy superintendent and then superintendent of the San Francisco Unified School District from 2009 until last year before coming to Houston. While in California, Carranza oversaw a number of schools that added LGBTQ curriculum.

This history was not lost on Rev. Welch and his pastors’ group.

“Carranza is an import from San Francisco, where this kind of propaganda that attempts to equate sexual lifestyles, gender confusion, and hostility toward the traditional family has become the norm,” Rev. Welch stated. “The HISD Board of Trustees needs to remind Dr. Carranza that this is Texas, where the people of all ethnicities still believe that our children are to be protected, nurtured, and educated, not used as a social experiment of a radical political agenda.”

Rev. Welch also pointed out in his statement that Carranza's plan came from the mission of the Gay, Lesbian and Straight Education Network (GLSEN) to “create safe and affirming schools for all, regardless of sexual orientation, gender identity or gender expression.”

The pastor said involvement of GLSEN “leads toward blatant advocacy against traditional marriage and family comprised of a married mother and father raising children in a happy, healthy home.”

“The GLSEN has been brought into California schools to train teachers,” Rev. Welch added, “which is the equivalent of Planned Parenthood, the nation's largest abortion perpetrator, teaching sex education in schools.”