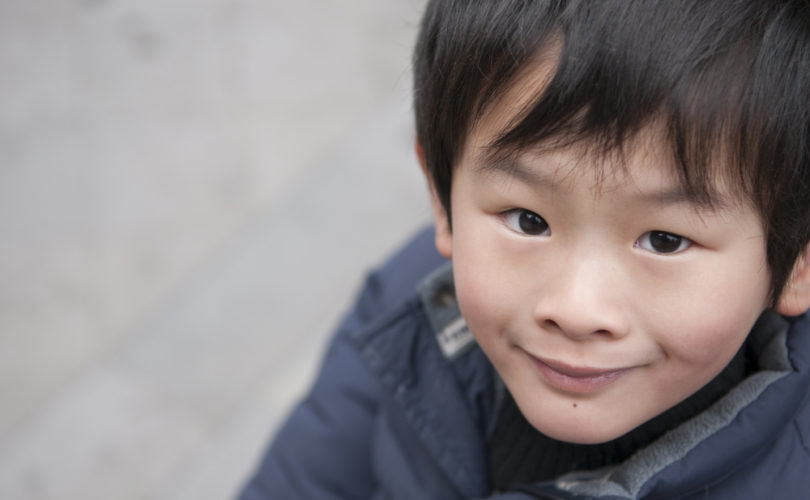 WASHINGTON, D.C., October 29, 2015 (LifeSiteNews) – Pro-life leaders say only one word sums up Chinese leaders' announcement this morning that China will replace its one child policy with a two child policy: “Pathetic.”

“This comes as no surprise, given the demographic disaster China now faces as a result of its one child policy,” said Reggie Littlejohn, the founder of Women's Rights Without Frontiers.

The nation's economic future is threatened by a contracting workforce, and so many Chinese men will be unable to find women to marry that a professor at Zhejiang University of Finance suggested underprivileged men should share wives.

Despite the new policy, Littlejohn says “the core of the one child policy” remains in place: coercive population limits.

“Instituting a two-child policy will not end forced abortion, gendercide, or family planning regulations in China. Couples will still have to have a birth permit for the first and the second child, or they may be subject to forced abortion,” Littlejohn said.

China has admitted to performing 336 million abortions over the 30 years of its rigidly enforced population control policy, which was instituted by former Chairman Deng Xiaoping.

“Chinese data show an average of 35,000 abortions are performed per day and according to Steven Mosher, president of Population Research Institute, most of the millions of abortions carried out in China are done forcibly,” according to Penny Nance, the president of Concerned Women for America.

Nance said that leaders in Beijing do not earned the media adulation that has met the policy revision.

“How pathetic that the authoritarian Communist regime in China thinks they deserve a pat on the back for magnanimously 'allowing' women to give birth to two instead of one child,” she said. “This goes to the very heart of individual liberty.”

Nor will it rein in “other human rights violations,” Nance said.

Chinese leaders made it clear they changed the number of children Chinese parents may have, not out of reverence for life or liberty, but because the one child policy has become harmful to the leaders' hope for national greatness.

In response, human rights leaders have vowed they will not rest until all state sanctions over fertility and child-bearing are erased.

“The one child policy does not need to be modified,” Littlejohn said. “It needs to be abolished.”

Nance hopes the State Department will “forcefully press for reform in China” – but she says that our international leverage has been damaged by profligate spending, at home and abroad, which has driven up the deficit.

Since China is “the U.S.'s largest creditor, we clearly come at this from a point of weakness,” she said.

The national debt now tops $18.4 trillion. At least $1.261 trillion of that total is owed to China, the largest holder of U.S. debt.

The two-year budget proposal, which John Boehner negotiated as his last act as House Speaker, will increase federal spending by $80 billion and suspend the debt ceiling. Conservative critics say that gives the government the ability to borrow more money without limit.

Is China’s one child policy coming to an end?