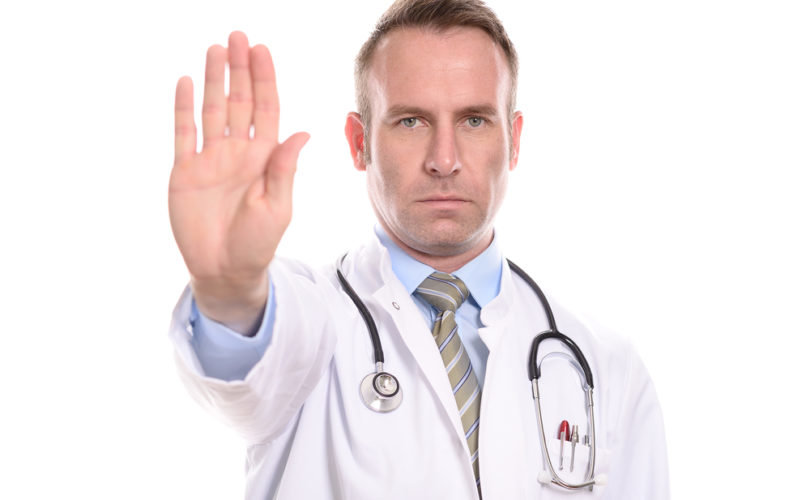 UPDATE February 20, 2020 at 12:50 p.m. EST: Catholic News Agency (CNA) reports that it has asked the NHS to “clarify how a patient would be deemed racist or homophobic, and if they could be denied care due to a staff member’s perception or inference of their religious beliefs.” CNA says that it asked the NHS if “someone such as a Catholic priest or Imam could be removed from an NHS trust due to their religious opposition to same-sex marriage and homosexual activity.”

A spokesperson for the NHS told them that “A person’s personal beliefs or any historical views are entirely irrelevant for this policy – a person would only be refused treatment if they made openly discriminatory remarks to a staff member at that time.”

The spokesperson also said that “medical conditions that may impact a person’s decision making skills or verbal filter would be considered when making a decision to deny care.”

The newly formed Scottish Family Party has commented on Facebook: “‘Verbally aggressive or physically violent’ seems to cover it to us, but they insist on making ‘homophobic, sexist and racist’ comments a special case. We oppose the idea of a hierarchy of victimhood: all should be protected equally by the law.”

February 19, 2020 (LifeSiteNews) — Under new rules that will be enforced in April, medical staff in the UK will be able to deny non-critical care to patients in taxpayer funded medical facilities if they are considered to have made homophobic, sexist or racist remarks, according to a Sky News report.

Medical staff are already permitted to refuse to treat non-critical patients deemed to have been verbally aggressive or physically violent toward them.

But starting in April they will now be able to deny treatment due to any harassment, bullying or discrimination, which under the new rules will include homophobic, sexist, or racist comments.

The new rules were announced along with the release of a 2019 survey of National Health Service (NHS) staff, which showed that more than a quarter of NHS workers reported that they have been bullied, harassed, or abused in the past year.

Pro-LGBT news agency Pink News says that an NHS spokesperson has confirmed to them that transphobia and “all cases under the Equalities Act” will be covered in the measures.

According to Pink News, lawmakers say the new rules will be “rolled out as part of a joint agreement between police and prosecution services to clamp down on hate crime” and police will be given “more power to investigate and prosecute cases where NHS employees are the victim of a crime.”

Health Secretary Matt Hancock wrote to all NHS staff on Tuesday saying that “no act of violence or abuse is minor.”

“Being assaulted or abused is not part of the job,” he said.

“All assault,” Hancock said, “and hate crime against staff must be investigated with care, compassion, diligence and commitment.”