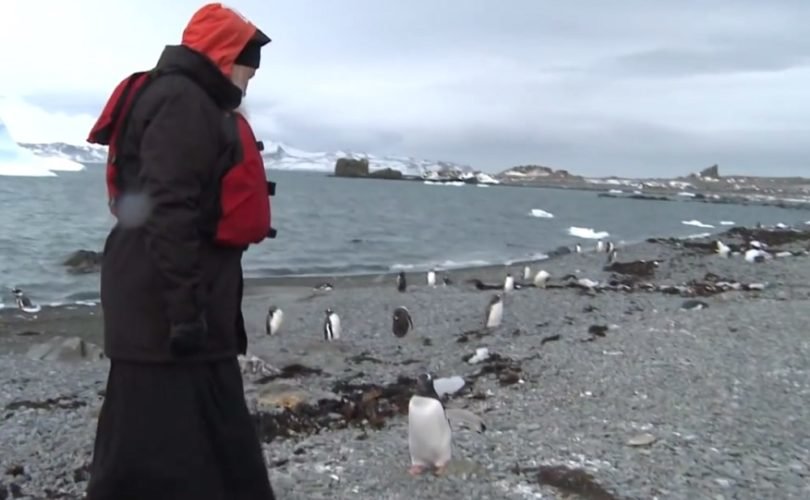 MOSCOW, March 22, 2016 (LifeSiteNews) – Patriarch Kirill, leader of over 200 million Russian Orthodox Christians, says Franklin Graham and other Evangelicals allow the Orthodox Church “to continue our dialogue with Christians in America.”

The head of the Russian Orthodox Church met with Graham, son of Billy Graham, and praised him for standing up to the gay agenda sweeping across the United States.

“I would like to note once again the role played by the conservative Evangelicals in the United States, as their position gives us an opportunity to continue our dialogue with Christians in America,” His All-Holiness said, adding that there is “strong moral agreement” between the Orthodox Church and the Evangelical Association, which Graham heads.

“This gives us a sign of hope: there are people among Western Christians akin to us in ethic principles, sharing them with the Russian Orthodox Church,” the patriarch noted.

Patriarch Kirill and Graham discussed not only homosexual “marriage,” but also the increasing secularization in the West, the need to reach out to a younger generation with the love of God, and severe Christian persecution throughout the world.

Rev. Graham elaborated on Facebook, “We discussed the persecution of the church worldwide, especially in countries like Syria, and the need to protect Christians. We discussed the refugee crisis and how the church can help these people who are fleeing for their lives.”

“I appreciate Patriarch Kirill's very clear moral voice on issues of marriage, family, and the sanctity of life,” Graham wrote. He praised the patriarch for “raising his voice for the truth in the world which experiences moral hardship.”

“This builds on the long ongoing relationship with the Graham family, from the time of Billy Graham's first visit to Russia decades ago,” Metropolitan Jonah of the Russian Church Outside of Russia told LifeSiteNews. “The patriarchate has been building a network of contacts with conservative American Christians as a kind of strategic alliance of those who share a commitment to common Christian values of life, marriage, and family.”

The metropolitan explained that the Russian Orthodox Church has broken relations “with those groups that espouse contrary values and doctrines throughout the West.”

“Patriarch Kirill is among the strongest leaders in the world context to promote the value of human life from conception to natural death, of the natural family of one man and one woman, and the rejection of the secularization which dehumanizes and depersonalizes and devalues human life,” Met. Jonah concluded.

The Russian Christian leader also criticized the Episcopal Church, condemning their stand affirming homosexuality and same-sex “marriage,” citing these stands as the reason the Orthodox Church in his country has cut off dialogue with the liberal body.

Simultaneously, His All-Holiness praised conservative Anglicans, specifically calling out the Anglican Church in North America for praise in standing up to the tide of politically correct immorality and remaining faithful to Christian moral principles.