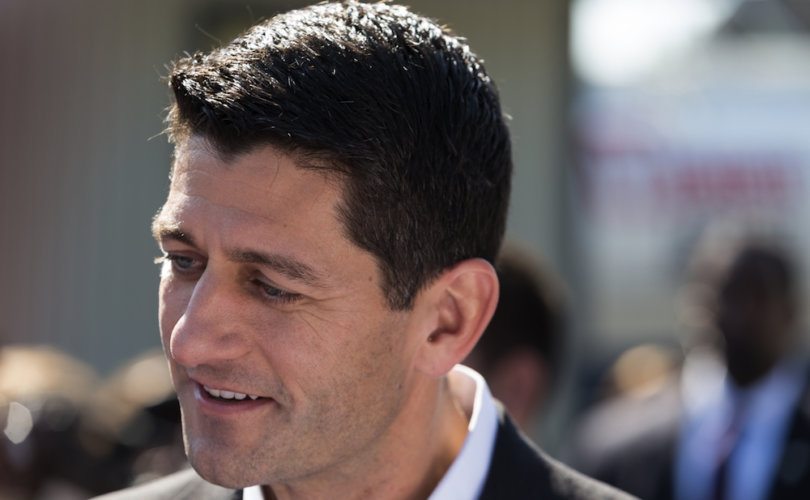 WASHINGTON, D.C., May 4, 2018 (LifeSiteNews) – Speaker of the House Rep. Paul Ryan, R-WI, has announced he will reinstate Father Patrick Conroy as chaplain for the House of Representatives after the controversial Jesuit priest challenged Ryan’s stated rationale for removing him.

“I have accepted Father Conroy’s letter and decided that he will remain in his position as Chaplain of the House,” Ryan confirmed in a Thursday press release. He said his original decision was based on his “duty to ensure that the House has the kind of pastoral services that it deserves,” but did not elaborate.

Nevertheless, the outgoing speaker maintained that “this body is not well served by a protracted fight over such an important post.” He ended by announcing he plans a personal meeting with Conroy to resolve the matter.

Ryan asked Conroy to resign last month, in a move many religious conservatives welcomed over past statements calling Catholic teaching on homosexuality a “dead end,” as well as tax reform comments during a House prayer that critics said were overly political.

But Ryan never cited either example, saying only that he acted on reports that Conroy didn’t serve House personnel’s “pastoral needs.”

On Thursday, Conroy rescinded his resignation in a letter claiming that Ryan’s chief of staff Jonathon Burks had given him completely different reasons, including that he was too political and that it was time for a non-Catholic chaplain. Burks responded that he “strongly disagree[s] with Father Conroy’s recollection of our conversation.”

Conroy argued that he deserved the opportunity to address specific complaints about his job performance, and that if Ryan still wished him gone, he would have to fire him outright. His letter also said he was retracting the resignation “upon advice of counsel,” potentially hinting that he might take legal action depending on what happened next.

Ryan received significant resistance from both parties over the move, including a letter from 148 House members. Much of the criticism came from professed Catholic Democrats who also reject their church’s teachings on abortion and sexuality.

Democrats alleged that Ryan, despite being Catholic himself, made the move to appease Republicans’ supposed anti-Catholic bias. As evidence, they cited a suggestion by Rep. Mark Walker, R-NC, one of the lawmakers tasked with finding a replacement, that the next chaplain should have a wife and children, giving him first-hand experience with some of the family issues on which lawmakers might seek guidance.

Conroy has served as House chaplain since Ryan’s predecessor, Republican John Boehner, nominated him in 2011. He says he intends to run for another two-year term after his current term ends in 2019.