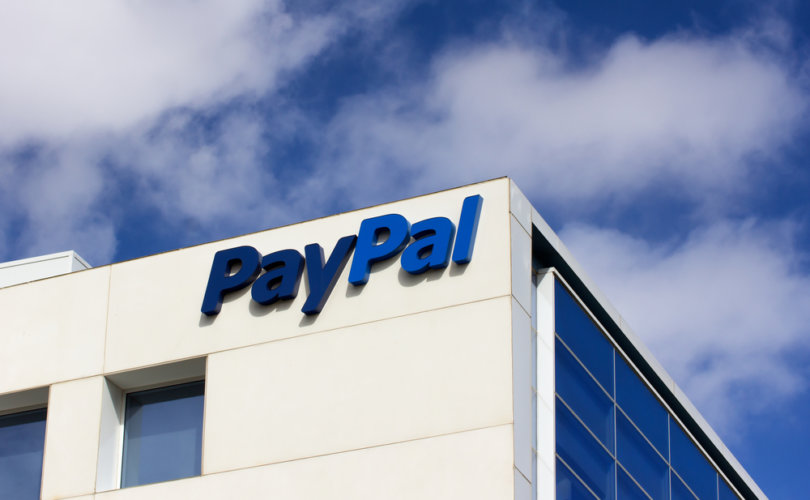 CHARLOTTE, North Carolina, April 8, 2016 (LifeSiteNews) – PayPal, the online payment system, deserves the “hypocrite of the year” award for pulling hundreds of jobs out of North Carolina for a bill refusing men access to women's restrooms while doing business with regimes that kill or imprison homosexuals, according to Rev. Franklin Graham.

PayPal has decided not to open a global operations center in Charlotte after Gov. Pat McCrory – a former mayor – signed a bill overturning a city ordinance that would have legally forced businesses to give biological males access to girls' restrooms, showers, and other public intimate accommodations.

Since signing the measure, more than 130 businesses have threatened the state with economic sanctions over the bill.

“PayPal gets the hypocrite of the year award!” said Rev. Franklin Graham. “PayPal operates in countries including Saudi Arabia, Nigeria, and Yemen for Pete’s sake.”

Under the influence of Islamic Shari'a law, all three nations have laws on the books that punish homosexuality with the death penalty, according to The Washington Post.

PayPal also operates a global call center in Malaysia, although its penal code prescribes up to 20 years in prison for homosexual activity.

The company has a history of taking punitive measures against those who hold traditional moral values. In 2011, PayPal launched an investigation of pro-family organizations after the LGBT group All Out accused them of “hate.”

Meanwhile, the new center will not go forward in Charlotte. Vermont Gov. Peter Shumlin, a Democrat, has encouraged the company to move the Charlotte center to his state. West Virginia House of Delegates Minority Leader Tim Miley, D-Harrison, made a similar pitch for his decidedly less progressive state.

But North Carolina officials are unbowed by the intensifying national pressure.

“If our action in keeping men out of women's bathrooms and showers protected the life of just one child or one woman from being molested or assaulted, then it was worth it,” said Lt. Governor Dan Forest. “North Carolina will never put a price tag on the value of our children. They are precious and priceless.”

“If a corporation wanting to do business in North Carolina does not see the worth of our children in the same light, then I wish them well as they do business somewhere,” he said.

That view is winning him the praise of one of his state's most famous residents.