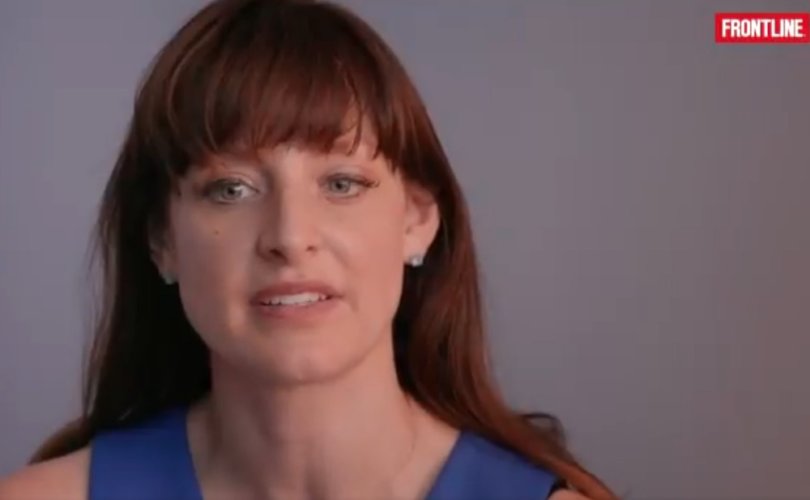 June 6, 2019 (LifeSiteNews) — A recent PBS Frontline feature on the American abortion debate is drawing shocked reactions across the pro-life community for showing women undergo abortions on camera, including one who expressed “chilling” sentiments about eliminating the twins she was carrying.

The documentary originally aired in April and resurfaced this week when Culture of Life Africa founder and president Obianuju Ekeocha highlighted a particularly alarming passage on social media. It purports to offer a “look at both sides of the abortion divide in a community still embroiled in the conflict,” through “stories of women struggling with unplanned pregnancies.” It takes place at a Philadelphia abortion center where PBS filmed a similar piece 30 years ago.

This PBS documentary airbrushes abortion to make it look like some healthy new age practice.

The women in blue is pregnant with twins and she is filmed here taking the abortion pill to kill them. You witness their killing��
And her statement at the end is chilling. pic.twitter.com/NxL7w36hYI

In the clip, a woman identified only as Taryn is seen taking mifepristone, the first pill of a chemical abortion procedure (an abortionist explains the second pil, misoprostol, by euphemistically stating that it will push “pregnancy tissue” out of her uterus). The Daily Caller notes that the full documentary identifies her as a recently divorced mother of two (not counting her twins), who is choosing to abort the twins she conceived with a romantic partner to focus on her career.

“What I hope I feel is a sense of peace, not only with myself and the decision that I’ve made, but also a sense of peace with these two beings that I have chosen not to bring into the world,” Taryn says. “Thank you for choosing me, and I’m honored to be given this gift of life, and also I can’t do it right now. I can’t accept that mantle in terms of the other lives that I’m taking care of and I’m responsible for.”

The segment was met with a litany of disgusted reactions online:

I am stuck on the words “pregnancy tissue”. #abortionisnotthealthcare and those abortion providers strategically withheld crucial information on what the procedure actually does and what that “tissue” consisted of. So sad.

It is SO IRONIC to me that she calls this pregnancy “a gift of life” and knowingly ends 2 lives? She speaks so lovingly of those babies & KILLS THEM?? come soon, Lord!

Despite the abortion industry’s insistence that the pills are safe, the U.S. Food & Drug Administration (FDA) warns that “as of December 2017, there were reports of 22 deaths of women associated with Mifeprex (the federally approved prescription version of mifepristone) since the product was approved in September 2000, including two cases of ectopic pregnancy resulting in death; and several cases of severe systemic infection (also called sepsis), including some that were fatal.” That’s on top of 2,740 cases of severe complications from 2000 to 2012.

Elsewhere in the documentary, abortion technicians can be seen dumping a cooler containing fetal remains into a strainer to pick through the body parts in order to ensure that a dead baby’s entire corpse was removed from the mother’s womb.