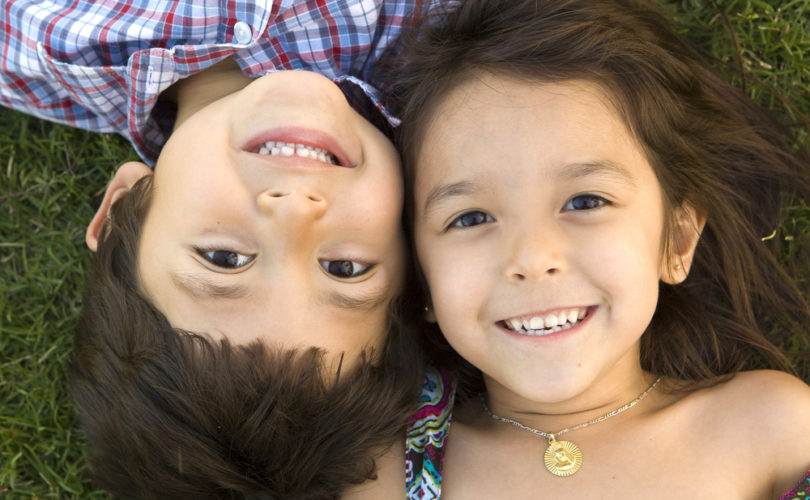 ROCKLIN, California, August 29, 2017 (LifeSiteNews) — A California school that had a five-year-old boy transition to a “girl” in kindergarten class without telling parents beforehand is engaging in “psychological abuse” of children, says an expert in child development.

Young children are developmentally unable to process that kind of information, says Dr. Michelle Cretella, president of the American College of Pediatricians.

“It is precisely because kids under seven years of age do not understand that sex is constant that teaching transgender ideology to children can derail their normal gender identity development,” she told LifeSiteNews in an email.

“And to do so constitutes psychological abuse.”

A Sacramento-area charter school, Rocklin Academy Gateway, was hit by controversy when some parents reported their five-year-olds traumatized after a male classmate appeared in girl’s clothes and was reintroduced to them as a girl just before summer break.

Several parents say their children fear they will “change” into the opposite sex, and one says her son now wants to wear dresses to school, according to Greg Burt of the California Family Council, which is advising parents.

The school board has defended not forewarning parents because gender identity is not part of sex education and doesn’t fall under state laws mandating parental consent and opt-out.

Moreover, California bans discrimination based on gender identity and expression, so not supporting a five-year-old’s transgendering could open the school board to lawsuits.

The school has since doubled-down on its position, sending a first-grader to the principal’s office last week for “misgendering” the boy.

“Most kindergarteners know they are either boys growing into men or girls growing into women, but they have not yet developed an understanding of biological constancy,” Cretella told LifeSiteNews.

“It is no wonder many of them reacted with fear and confusion about their own sexual identity after witnessing their teacher declare a little boy to be a girl once he changed into a dress.”

According to developmental psychologist Lawrence Kohlberg’s Cognitive Developmental Theory of Gender Identity, “most children between the ages of two and four years correctly identify their own biological sex,” Cretella wrote.

“Most children between the ages of four and five years begin to understand that sex is stable (they start to realize that a boy grows into a man and that a girl grows into a woman),” she said.

But “many children under age seven or eight years of age may still believe that cosmetic changes alter biological sex,” Cretella noted.

Developmentally speaking, children under age eight have greater difficulty distinguishing between fantasy and reality, she said.

So “many” of them at that stage “may believe that a man who puts on makeup and a dress actually becomes a biological woman right before their very eyes.”

Transgender life a dangerous one

And California law ignores the reality that being transgendered is “not a lifestyle you want to encourage a five-year-old to go through when he might spontaneously come out of it,” says Dr. Rick Fitzgibbons.

As a psychiatrist, he has a “legal responsibility” to inform patients about the risks associated with transsexual transitioning, he told LifeSiteNews.

“If I do not, then I am liable if they fall into those risk patterns,” Fitzgibbons said. “I would tell the parents that they should know the dangers to their children.”

Those dangers are documented in a 30-year study in Sweden of more than 300 individuals who had sex-reassignment surgery and later had 19 times greater rate of suicide than the general population.

And a 2015 Boston study found that transgendered teens had a two to three times higher risk of psychiatric disorders, including “depression, anxiety, self-harm, and suicidality.”

Moreover, the evidence is in that the majority of children with gender dysphoria “desist” and revert to identify with their natal sex by adulthood.

Psychosocial factors can be resolved

The condition can be alleviated when the psychosocial factors that may be generating it are uncovered and resolved, said Fitzgibbons, who has many years of clinical experience treating children and adults with gender dysphoria and transsexual attractions.

Those psychosocial factors in boys include a creative and artistic nature that bonds with beauty and is more at home in the feminine world, poor body image, and lack of acceptance by male peers because of poor eye-hand coordination needed for sports, he told LifeSiteNews.

Or it could be an unconscious desire to please a parent who may prefer the opposite sex, a mother who fears and mistrusts men, an absent or “troubled, insecure” father who doesn’t model healthy masculinity and a feeling of distance or rejection from a parent or peers, observed Fitzgibbons.

And in a significant January BBC documentary on transgender children, Toronto-based Dr. Kenneth Zucker suggested autism may create a predisposition to gender dysphoria.

Zucker was fired in 2015 from the Toronto gender identity clinic allegedly for using reparative therapy with children with gender dysphoria.

But Fitzgibbons says it’s research like Zucker’s he’d like to see a presidential commission established to examine.

“This is too important just to relegate to school teachers or political correct activists or mental health professionals who don’t have the courage to deal with the science,” he told LifeSiteNews.

“The science is clear,” added Fitzgibbons. “It’s opposed to this radical agenda.”

Moreover, in an age when divorce and marital breakup is rife, children are self-reporting psychiatric disorders in unprecedented numbers.

A 2010 study of American teenagers from ages 13 to 18 concluded almost 50 percent “met the criteria for one mental disorder.”

The explosion of cases of children with transgender attractions at increasingly young ages is another “reflection of how severely troubled the culture is that places confused children in harm’s way,” Fitzgibbons observed.