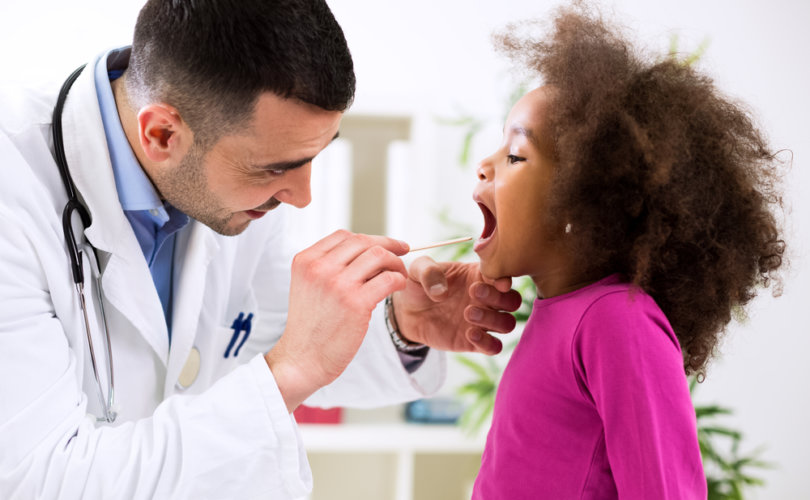 A report published this month in the journal Pediatrics advocates that sex ed by pediatricians begin in early childhood and continue through adolescence, and should include not just physical development but also cognitive and psychosexual development.

“Research has conclusively demonstrated that programs promoting abstinence … until heterosexual marriage are ineffective,” AAP Committee on Adolescence Chairwoman Dr. Cora Collette Breuner stated. “Children and teens should be encouraged to ask questions or share concerns about their bodies or sexuality.”

The AAP report met criticism from pro-family and pro-marriage advocates.  “Pediatricians have a responsibility to support and encourage abstinence, by clearly communicating to young patients that reserving all sexual activity for marriage is the safest, healthiest lifestyle choice,” Scott Phelps, executive director of Abstinence & Marriage Education Partnership, told LifeSiteNews. “Any message that contradicts this primary prevention standard by supporting, condoning, or encouraging non-marital sexual activity of any kind is irresponsible and harmful.”

“Choosing to reserve all sexual activity for marriage is the optimal health standard for youth,” Phelps told LifeSiteNews. “This standard ought to be clearly and faithfully communicated by all pediatricians as they seek to guide their youth toward optimal health and well being.”

Valerie Huber, president and CEO of Ascend, told LifeSiteNews, “It is both troubling and inexcusable that this national association of physicians would recommend counsel and policies that compromise the optimal health they are committed to promote.” She added, “It is unfortunate that ideological battles would take precedence over adolescent sexual health.”

Huber noted, “The AAP report is fraught with inaccuracies, outdated data, and talking points that are all-bluster and no-fact.” She explained that abstinence, which Ascend calls “sexual risk avoidance,” is growing among teens. “The sexual risk avoidance message is increasingly resonating with youth. Since 1991, the percent of teens who are waiting for sex has increased 28 percent.”

Ascend’s virtue defender chastised the national pediatricians' organization, concluding, “The AAP has missed an opportunity to reinforce the healthy decisions of the majority of teens.”

Nevertheless, Huber held out hope that the AAP would come to its moral and medical senses. “It’s not too late for them to recalibrate and come out in support of this growing healthy behavior,” she told LifeSiteNews.  However, “absent their course correction, Ascend is hopeful that individual pediatricians will ignore the advice of the association that is tasked to represent them.”

OB/GYN Dr. Jill Rabin, an early sex ed advocate, explains that when teens are educated about their sexuality earlier, “they are more likely to use contraception.” Rabin charged that talking about abstinence doesn't work.