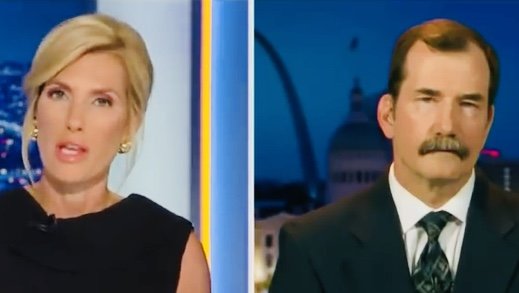 May 21, 2019 (LifeSiteNews) — Children are being harmed by transgender treatments, a pediatric endocrinologist told Laura Ingraham on a recent broadcast of her Fox News Channel television program.

The associate professor of Pediatrics, Endocrinology, Cell Biology and Physiology at St. Louis’ Washington University of Medicine appeared on “The Ingraham Angle” Friday to discuss fallout from the U.S. House of Representatives’ passage of the radical Equality Act.

The far-reaching pro-LGBT legislation among other things forces official recognition of claimed “gender identity,” along with transgender access to opposite-sex restrooms, locker rooms and dressing rooms.

Amid the implications of the radical law and continued push of so-called “gender” treatment for children suffering from gender dysphoria, Ingraham asked Hruz why the medical community is so afraid to consider the impact of hormonal treatment and surgeries for young people.

Hruz replied that the science behind gender treatment is very poor.

“It’s very important to recognize that what is being put forward with the goal of truly helping these individuals that are suffering is based on very, very poor science,” he said. “And any effort to draw attention to the poor science and the potential very negative and serious consequences of these hormonal interventions really has not been given the attention that it deserves.”

Hruz, who has repeatedly spoken out and written in recent years about the dangers of gender treatment, noted that this approach of relying on poor science for addressing gender confusion was unique as compared with other diseases.

Ingraham raised the issue of implications when chemically altering a child with gender therapy, whether or not the child had been through puberty.

Hruz explained that there’s a normal developmental process in children that has them trying to come to terms with the changes in their bodies while also struggling to identify themselves in relation to their peers, all of which is normal.

But when gender treatment enters in, the natural process is disrupted, causing serious lifelong damage, when most children experiencing gender confusion eventually work through it on their own.

“One of the concerns about this particular approach to treating these individuals that have a gender identity that is not in accord with their biology is that it will actually influence how they’re able to that normal integration,” Hruz said, “and really, subject them to that need of medical intervention that has potential (for) very serious harms to their bodies throughout the rest of their life, without even considering whether there are alternative options to help them, and even recognizing that a large number of children that question their gender identity are going to, if merely left alone, are going to realign their identity with their biological sex.”

Hruz said more than a dozen studies affirm that the vast majority of children experiencing gender dysphoria cease having the condition after puberty without intervention.

The exception, he said, was when gender treatment was employed.

“One of the most concerning observations was, however,” said Hruz, “if one tries to interfere with the normal pubertal development, to stop normally-timed puberty in children, that all of the children in the small study that was done looking at the effect of that, all went on to persist in that transgendered identity, really changing that statistic drastically from the normal trajectory that we normally see.”

Ingraham pointed out that there has been explosive growth in transgender treatment centers, accompanied by big money.

Hruz said there were now more than 50 of these centers in the United States.

“And really the amazing concern about the growth of this particular approach to dealing with children that have this transgendered identity,” he said, “is to adopt a single intervention that’s based on very, very poor quality science.”

Even those advocating for this intervention for children will acknowledge that the research really has not been done to establish what the long-term effects are, he added, and already the data coming forward raises serious concerns.

“Not only in how these children are going to normally move through these developmental stages and their identity,” Hruz said, “but the effects of the hormonal treatment on the body.”

He listed fertility issues and increased risk of cardiovascular disease as being among the dangers.

“The data really is not there,” said Hruz, pointing out that there is a clouding of the difference between gender identity and the biological reality of sex.

“We know that giving hormones to individuals that is not in align with their biological sex is not the same thing as giving it to (someone) in levels that are normally present in them,” he said.

Ingraham stressed that this issue is something that must be meticulously studied because children are involved.

“These children are very much being harmed,” Hruz said.