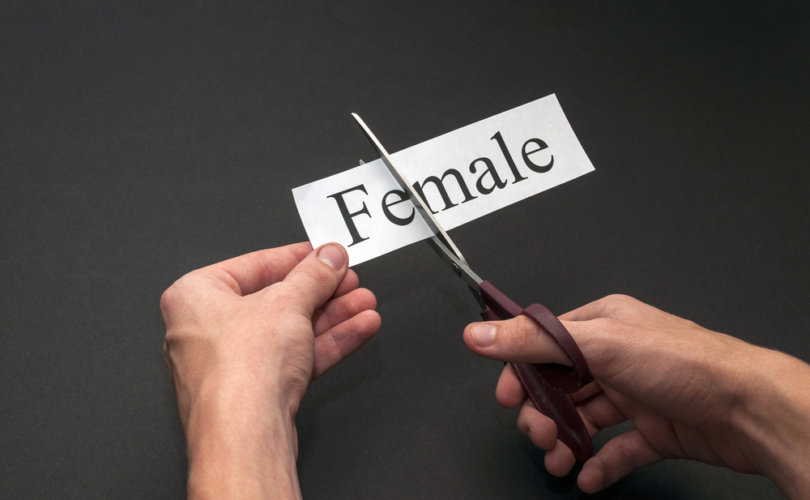 April 4, 2018 (LifeSiteNews) – A prominent expert in children’s health is challenging a study that claims to demonstrate that reinforcing children’s gender confusion is best for their mental health.

Last week, the Journal of Adolescent Health published a study by University of Texas researchers finding that for “transgender youth who choose a name different from the one given at birth, use of their chosen name in multiple contexts affirms their gender identity and reduces mental health risks known to be high in this group.”

According to University of Texas News, the researchers interviewed 129 transgendered people between the ages of 15 and 21. The interview subjects were found in one northeastern U.S. city, one southwestern city, and one west coast city. After asking whether the respondents were able to use their chosen names at school, home, work, and among friends, researchers say they found 71% fewer symptoms of severe depression among those who were able, 34% fewer reported thoughts of suicide, and a 65% reduction in suicide attempts.

“I’ve been doing research on LGBT youth for almost 20 years now, and even I was surprised by how clear that link was,” study author Stephen Russell, the University of Texas-Austin’s chair of human development and family science, said. He added that respondents were “remarkably ethnically and geographically diverse and diverse in terms of social class.”

But Dr. Michelle Cretella, president of the American College of Pediatricians, isn’t convinced. Echoing a critique she has made repeatedly over the years, including at LifeSiteNews, Cretella says the study is nothing more than an expression of “gender ideology.”

“Do not be fooled. This recent study, like all trans youth studies before it, is political agenda masquerading as science,” she told the Christian Post. Like all trans youth research, she continued, “this is a woefully small study that is not at all representative of children who self-identify as transgender nationwide. Consequently, the statistics derived from it are meaningless and the conclusions false.”

Cretella pointed out that only 74 of the study’s 129 respondents, or 57%, actually changed their birth name, meaning the small sample pool had “low statistical power.” More significantly, she noted that the study does not specify how many respondents actually self-identified as transgendered as opposed to merely “gender non-conforming,” which renders the categories broad enough to include entirely unrelated cases.

“So, for example, there could be a ‘gender nonconforming’ girl named Samantha who is a stereotypical tomboy who chooses to go by ‘Sam’ — and lo and behold is perfectly mentally healthy,” she elaborated.

To the extent that the study identified any genuine cases of young people deriving positive benefits from their preferred names, Cretella warned that short-term improvements often distract from long-term suffering.

Other studies, she explained, have found that while there is a “honeymoon period” of “reported relief and happiness” following sex reassignment treatment, it does not last. “Ten years beyond transition, however, rates of additional mental illness begin to rise precipitously, to the point that thirty years following surgical transition (mutilation), the suicide rate is 19 times greater than that of the general population,” she said.

“At best,” Cretella concluded, “cooperating with a child's fantasy or delusion of being trapped in the wrong body temporarily mutes the impact of significant underlying emotional and psychological problems that are ultimately causing the gender dysphoria in the first place.”

A variety of material has found evidence of significant emotional problems among the transgender population, even among those whose desires are supported and acted upon.

Last fall, the University of Cambridge’s Stonewall report found that 96% of trans students in Scotland attempted self-harm through actions such as cutting themselves, and 40% attempted suicide. 40% in the United States have attempted suicide, as well, according to a 2016 survey from the National Center for Transgender Equality (NCTE). According to a 2011 study out of Sweden, trans people remain 19 times more likely to commit suicide than the general population, even after sex-reassignment surgery.

Last August, LifeSiteNews highlighted the example of Brad “Ria” Cooper, a young man who became the youngest person in the UK to undergo a sex-change operation at age 15. Just three years later Cooper decided to “transition” back to being a man, and at age 23 decided to live as a woman again.

“Now I’m going to be me – and I hope I will finally be happy,” Cooper said. But others suggested that Cooper remained miserable across multiple transitions because transgender ideology diverted attention away from treating his real problems.

“This is a very troubled individual and anybody that’s a fair-minded person would look at this and realize that changing genders is not gonna fix what we know to be co-morbid psychological and emotional disorders,” SexChangeRegret.com founder Walt Heyer told LifeSiteNews at the time. “What so often happens is that we just go headlong into giving people hormones as therapy and then push them into surgery without ever dealing with” the actual disorders at work.