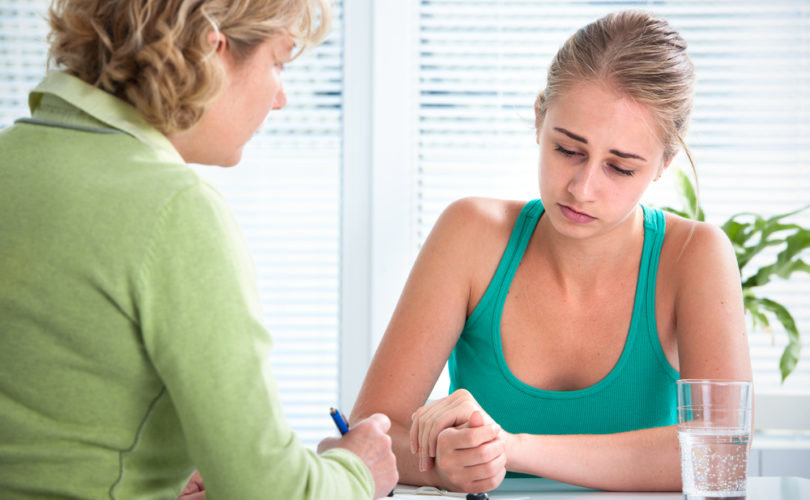 April 21, 2015 (LifeSiteNews.com) – The American College of Pediatricians has made a statement advising women to be informed about the link between abortion and breast cancer – at the same time recognizing the medical establishment has been reticent to admit the connection.

“Although the medical community has been reluctant to acknowledge the link, induced abortion prior to a full term delivery, and prior to 32 weeks of gestation, increases the likelihood that a woman will develop breast cancer,” the physicians' organization stated on April 7. “This risk is especially increased for adolescents.”

“The American College of Pediatricians urges women to 'Know your ABCs,' since abortion appears to be linked to breast cancer,” it said.

The “ABC” acronym refers to the “Abortion-Breast Cancer link.”

The College’s December 2013 study Abortion and the Risk of Breast Cancer: Information for the Adolescent Woman and Her Parents, formed the basis for the release.

The study found an increased incidence of metastatic breast cancer in U.S. young women between the ages of 25 and 39.

Coupled with other studies from China, India, and Romania their findings demonstrate a greater risk of breast cancer as abortions increased, what they called a “dose effect”, showing breast cancer becomes more likely with each subsequent abortion.

“When one considers the normal anatomy and physiology of the breast,” the College’s past president Dr. Den Trumbull said, “it becomes clear that this link is causal, not merely correlational.”

“Evidence suggests that [induced abortion] prior to a full-term pregnancy contributes to the high rates of breast cancer seen around the world,” the study concluded.

The study’s findings join many other reports from across the world all showing a link between abortion and breast cancer.

“Although largely ignored by the mainstream medical community,” the ACP stated, “this risk information deserves a prominent place in the education of all adolescent women who may, in the future, consider an induced abortion.”

When a pregnancy is cut short with the termination of the unborn child’s life, tissue in the mother's breast is not allowed to mature as it would naturally, increasing the risk of future malignancy.

A miscarriage in the first trimester is not linked to an increase in breast cancer risk, the study said. This is because the levels of estrogen are not as elevated during the pregnancy and breast tissue growth does not take place to the same degree as in a healthy pregnancy.

Either a miscarriage or still birth in the second trimester will carry a slightly higher risk of breast cancer.

The ACP recommended further study but stressed the risk “must be known by adolescent females.”

In addition, the doctors called for this information to be shared with adolescent girls in all so-called comprehensive sex education programs.

“The American College of Pediatricians recommends that all medical professionals provide this information as part of complete health care to all adolescents and their parents,” the ACP recommended. “It is important that parents reinforce this information to their daughters. All health educators should include this information in any health/sexuality education class in which abortion is discussed.”