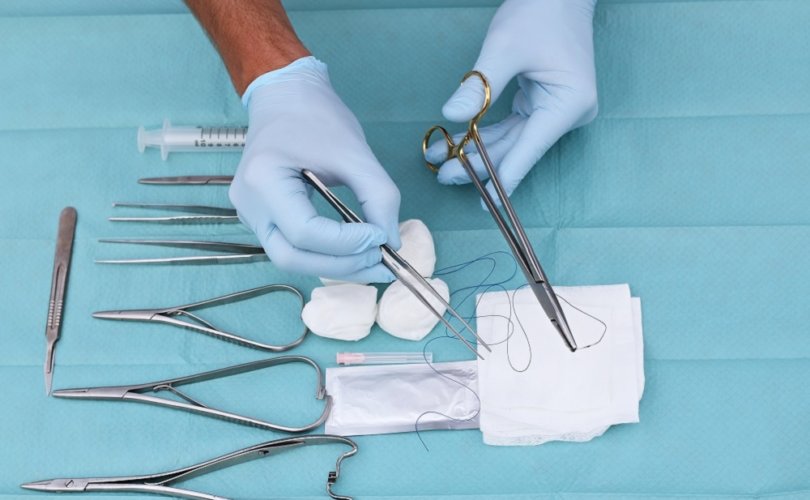 WASHINGTON, D.C. July 22, 2019 (LifeSiteNews) — Leaders of the American College of Pediatricians warned the surgeon general of the United States about the use of “hormonal and surgical interventions” for children who are confused about their sex.

Addressed to surgeon general Jerome M. Adams, M.D., the letter was signed by Drs. Michelle Cretella and Quentin Van Meter of the American College of Pediatricians (ACP), among five others, and advised him that the Royal College of General Practitioners in the United Kingdom has issued an “unprecedented warning to the public” about “harmful hormonal and surgical interventions”, whose effects on minors have not been subjected to long-term study.

The letter said that these interventions are “routinely prescribed to gender dysphoric youth as the new ‘standard of care’ in lieu of ethical psychotherapy.”

Gender dysphoria is defined by the American Psychiatric Association as “a conflict between a person’s physical or assigned gender and the gender with which he/she/they identify.” It was known as “gender identity disorder” until 2013. Today, some trans activists argue that gender dysphoria shouldn't be considered a psychiatric disorder at all and should be seen as a normal human variation.

The ACP letter asserted that 61–98% of affected children will outgrow their gender dysphoria “if allowed to progress through natural puberty.” It noted that some states even allow children to “consent” to these sometimes irreversible “interventions” without parental involvement. The letter warned that hormone-blocking or gonadotropin-releasing hormone agonists are being given to prevent normal growth of sexual organs and other attributes during puberty. “This is typically followed by the administration of cross sex hormones with doses gradually increased to achieve adult sex hormone levels appropriate for the opposite sex.”

Moreover, the letter said that prior to reaching the age of majority, some interventions involve removal of gonads and breasts, while surgery is performed to “simulate genitalia of the opposite sex.” The signatories warned: “The deleterious consequences of these interventions include, but are not limited to, sterility, sexual dysfunction, surgical complications, thromboembolic and cardiovascular disease, osteoporosis, malignancy, and persistently elevated rates of suicide.”

It said that while there are no psychological or medical tests to “differentiate between the majority of youth who will desist from” their gender dysphoria, “healthcare professionals are increasingly prohibited from investigating psychosocial factors which may contribute” to children questioning their gender identity. Health care professionals, it charged, are being required to “reinforce children’s choice to identify as something other than the reality of their biological sex” while pushing them towards the above-described “interventions.”

The signatories of the ACP letter called on the surgeon general to issue a warning to health professionals about the “serious and irreversible health risks” posed by “medical interventions for gender dysphoria,” while also calling for these health concerns to be included in Public Health Reports. Copies of the letter were sent to Health and Human Services secretary Alex M. Azar and attorney Roger Severino, who serves as the director of the HHS Office for Civil Rights.

In the United Kingdom, the Royal College of General Practitioners issued an unprecedented warning over the long-term effects of puberty-blockers being prescribed by the country’s National Health Service. In a strongly worded position statement, the College says “robust evidence” is lacking over the sometimes irreversible effects of interventions that include hormone therapy and surgery. Far more research is needed, the statement says, including studies into a “wait-and-see” approach to the surgical adjustment of sex organs.

The document claims that physicians are being pressurized into providing sex “reassignment” procedures that “lie outside the remit of a [general practitioner’s] generalist expertise.” It also calls on the NHS to record the “biological sex” of patients in addition to their chosen “gender identity” in order to prevent disastrous medical mistakes.

In England, there has been a huge increase of children seeking medical procedures to make them appear to be members of the opposite sex. At the country’s only child gender identity clinic, requests by 13-year-olds has risen by 30% in one year; referrals for 14-year-olds is up by 25%. There is also an emerging group of “detransitioners,” or people who regret having undergone procedures to obscure their sex.

Psychologist Kirsty Entwistle wrote an open letter to Dr. Polly Carmichael, the director of the London-based Tavistock Center, which offers sex-obscuring procedures for minors, in which she said she had grave “concerns” about Gender Identity Development Services. She alleged that some clinicians have been dishonest about the impact these procedures can have on minors. “I think it is a problem that GIDS clinicians are making decisions that will have a major impact on children and young people’s bodies and on their lives, potentially the rest of their lives, without a robust evidence base,” Entwistle wrote.

Entwistle said that despite clinicians’ reassurances to children and parents that the effects of puberty-blockers are reversible, she wrote that their effects are not fully understood. “GIDS clinicians tell children and families that puberty blockers/hormone blocks are ‘fully reversible’ but the reality is no one knows what the impacts are on children’s brains so how is it possible to make this claim?” Entwistle wrote.

Some staff members are afraid of being labeled “transphobic,” Entwistle wrote. She also wrote that she had been ridiculed for questioning the treatment regimen: “Shortly after starting at GIDS I was in a meeting with three other GIDS clinicians. I said that it was curious to me that there had been so little discussion on gender identity in the field of psychology.”

Entwistle wrote that the lack of research into gender identity is troubling, given the importance attached to the issue of late.

She expressed concerns over referrals made by “Mermaids” — a pressure group based in the U.K. that pushes for sex-obscuring procedures in children. She wrote that “Mermaids continues to receive financial support and endorsements from high profile people whilst not being subjected to any proper scrutiny of its practice.”

The power exercised by Mermaids was recently on display when Rev. John Parker, an Anglican vicar and Church of England school governor, was forced to resign when Mermaids gave LGBTQ indoctrination but refused to allow Parker to share his Christian viewpoint. Rev. Parker told Christian Concern: “I believe a real threat is posed to schools from organisations such as Mermaids. They implement a new ideological tyranny — and any disagreement is at best silenced, and at worst, punished.”