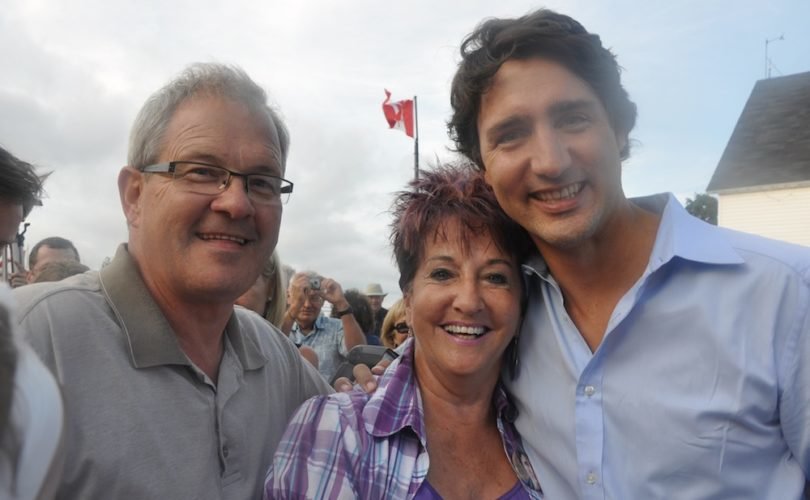 St. Joachim's parishioners were concerned that the hall was "being used by an incumbent MP who is claiming to be pro-life, but who has changed his stance to pro-choice if there’s a vote.”Flickr.com

VERNON RIVER, Prince Edward Island — Liberal MP Lawrence MacAulay’s riding association was disinvited on Saturday from hosting its nomination meeting at a Catholic parish hall after parishioners raised concerns over MacAulay’s announcement last week that he would vote pro-abortion in the House despite his pro-life beliefs.

Dianne Fraser, a pro-life parishioner at St. Joachim’s Catholic Church in Vernon River, PEI, told LifeSiteNews that she and other parishioners had approached the parish hall committee with concerns “that our hall was being used by an incumbent MP who is claiming to be pro-life, but who has changed his stance to pro-choice if there’s a vote.”

Barb Wood, a spokesperson from St. Joachim's, told The Guardian that the hall committee decided to respect parishioners’ concerns and deny the hall for the nomination meeting.

Fraser said that she supported the decision to disinvite MacAulay and was “very happy and proud” about it.

Holly Pierlot, director of PEI Right to Life, told LifeSiteNews that parishioners were right to be “upset that a Catholic parish, with its pro-life stance would be housing a nomination session for a party that is decidedly pro-abortion.”

“The parishioners acted,” she said. “PEI Right to Life applauds their integrity.”

MacAulay’s nomination meeting, which had been booked a little over one week prior, was eventually moved from the parish hall to Red’s Corner restaurant, about 20 kilometers east of the hall.

“I wasn't involved but the president was called and told that the hall was not available,” MacAulay told The Guardian after the nomination meeting Monday night. “That's all I can tell you.”

A representative for the Diocese of Charlottetown, which is overseen by Bishop Richard Grecco, told LifeSiteNews that the decision was made by the parish and “had nothing to do with the diocese.”

“The parish made the decision because it was their hall and their decision to make,” she said.

Liberal Party leader Justin Trudeau made headlines last month when he publicly stated that pro-lifers would not be permitted to run as candidates in the Liberal Party’s “open” nominations. Mr. Trudeau clarified twice this month (here and here) that existing MPs would have no choice but to vote “pro-choice” if the abortion issue made its way into the House of Commons, despite having said in May that “existing MPs who have been grandfathered in, to a certain extent, will be respected, to a certain extent, in their choices.”

Last week, MacAulay, who has represented the riding of Cardigan, PEI for 26 years, promised to continue his record of voting pro-life, but then immediately flip-flopped after Trudeau made it clear the same day that existing MPs must toe the party’s pro-abortion line.

“I am personally pro-life, and have long held these beliefs,” said MacAulay in a series of Twitter statements on Wednesday. “However I accept and understand the party position regarding a woman’s right to choose. Despite my personal beliefs, I understand that I will have to vote the party position should this issue ever come up in the House of Commons.”

Life and family leaders criticized MacAulay for abandoning his principles in favor of his party and for turning his back on his own beliefs, his constituents, and the unborn. Campaign Life Coalition (CLC) told LifeSiteNews at that time that Mr. MacAulay will now be rated on CLC’s website as a “pro-abortion” politician.

Liberal MP promises to vote pro-life, then flip-flops after Trudeau steps in