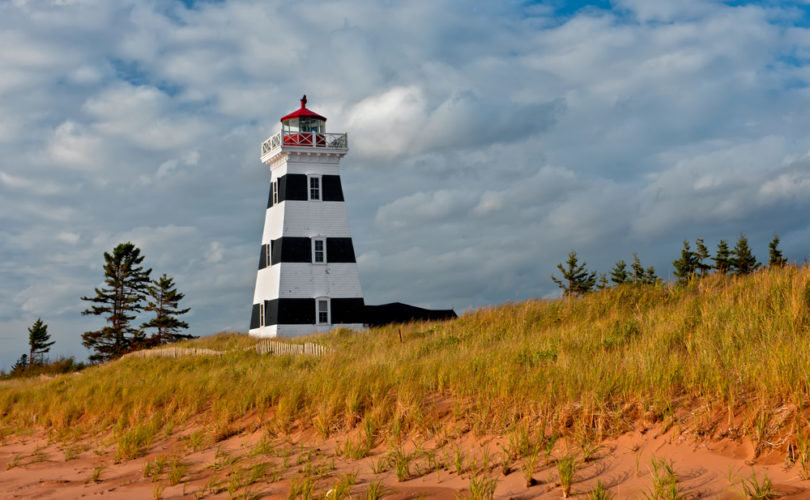 CHARLOTTETOWN, Prince Edward Island, June 16, 2015 (LifeSiteNews) — Bishop Richard Grecco of the Diocese of Charlottetown has written a pastoral letter to the faithful denouncing both the PEI government's decision to make access to abortion easier and the Supreme Court of Canada’s decision to strike down laws against assisted suicide.

“Two recent events have further eroded society’s appreciation for human life,” Bishop Grecco wrote in the letter read in parishes across the island, which has been lauded as Canada's only abortion-free province.

“First, the government of Prince Edward Island has made easier a person’s access to abortion. Second, on February 6, 2015 the Supreme Court of Canada struck down laws against assisted suicide and opened the door to physician assisted suicide.”

The bishop wrote that it was “no surprise therefore, when a couple of days ago a friend sadly confided, 'Well Bishop, I guess we really are developing a culture of death'. There was sadness in the tone of his voice.”

On June 2 Premier Wade MacLauchlan announced new regulations that say PEI women seeking to abort their unborn children will no longer need a doctor to agree they need the abortion for their health.

Flanked by Health Minister Doug Currie and Paula Biggar, minister responsible for the status of women, MacLauchlan explained to reporters at the press conference, “The arrangement will enable Island women to directly access the service in Moncton [New Brunswick] and have the service covered by Prince Edward Island medicare by presenting their Prince Edward Island health card.”

The new system maintains one aspect of what former premier Robert Ghiz characterized as a compromise between abortion’s supporters and critics: abortions will still not be performed on PEI soil. But abortions will continue to be paid for by PEI taxpayers.

In his pastoral letter, the bishop quoted Pope John Paul II's encyclical Evangelium Vitae. The sainted pope said, “We are facing an enormous and dramatic clash between good and evil, between death and life, the ‘culture of death’ and the ‘culture of life’. We find ourselves not only ‘faced with’ but necessarily in the midst of this conflict: we are all involved and we all share in it with the inescapable responsibility of choosing to be unconditionally pro-life.”

Bishop Grecco compared the culture in which we live to “the air we breathe.”

“If it is an air of death we may feel threatened and fearful,” the bishop wrote, but reassured the faithful that, “We must not let the fear and sadness of current events erode our conviction about the sanctity and inviolability of human life. Nor must our distress due to these events diminish our determination to share our convictions with others.”

“If the sanctity of human life is being eroded then the Holy Spirit will bestow grace on us even more abundantly to defend life with hope, with justice and above all with charity.”

Bishop Grecco encourages the people of the diocese of Charlottetown to pray for a conversion of society to a culture of life, and to openly bear witness to their belief in the Gospel of life.

The bishop then urges those who are able to get involved in the political forum, write letters to their political representatives, and support those leaders who promote the dignity and sanctity of life.

“We are Roman Catholic but we are also citizens of Canada. We contribute substantially to the welfare of society and culture,” he said.

The bishop concluded by exhorting the faithful to remember always, “In our struggle to foster a culture of life, … we are a pilgrim people, on a journey towards a 'new heaven and a new earth' (Revelation 21:1) … in the midst our human efforts to celebrate and protect life.”

Getting born just got harder in PEI