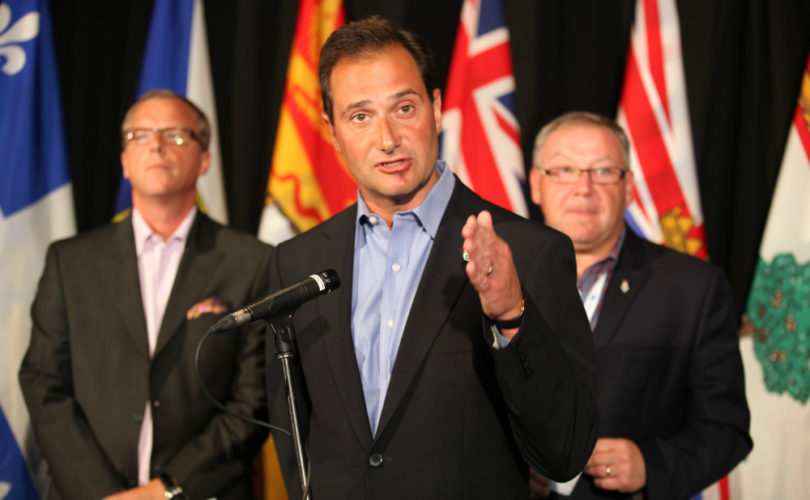 A common trope in North America is the Catholic politician who pronounces himself “personally opposed to abortion” while endorsing it as public policy. Prince Edward Island’s Premier Robert Ghiz, on the eve of retirement, has reversed the trope, revealing himself as personally pro-abortion, while steadfastly defending his refusal to allow abortions to be done within the province.

PEI Right to Life nonetheless took the Liberal politician to task for funding abortions and for his insistence that Canadian law requires provincial governments to do so.

Ghiz, an Anglican who has been premier since 2007, admitted his support for a mother’s right to kill her unborn baby just in time for Christmas, in an interview with the Charlottetown Guardian. “I don’t hide it,” he is quoted as saying. “I believe in a woman’s right to choose.” This, the paper proclaimed, was “the first time,” he had revealed his views.

But Ghiz had previously declared his support for the made-in-P.E.I. compromise he inherited as premier, whereby the province permits no abortions on the island, but funds them as long as they are done in a public hospital elsewhere, as required, he claimed, by law.  “Obviously I believe that there should be abortion services, but at the same time I think that it’s important that we respect everyone’s opinion,” he said.

The issue came up this spring when the provincial health authority promoted on-island abortions as an economic alternative to the four-hour drive to Halifax. At that time Ghiz said, “I guarantee you there are other Canadians in other provinces that drive a lot further for health care services than Islanders who need to drive to Moncton or Halifax for health care services.”

In the interview this week Ghiz continued to argue for a compromise between pro-abortion and pro-life positions. “We know this is an issue that strikes to the core of people’s beliefs. But I’ve always said the law is what we need to follow in Canada and the law states that abortions are legal.”

However, P.E.I. Right to Life President Holly Pierlot put out a statement that contradicted the premier. “Mr. Ghiz’s statements are based upon serious misperceptions regarding the actual law and basic human rights. … We remind Islanders that there is no ‘law’ regarding abortion in Canada. That means, there is no ‘legal’ obligation to either provide or prohibit abortion, notwithstanding the moral obligation to protect life.”

The governments of every province of Canada disagree, however, interpreting the Supreme Court of Canada’s 1988 Morgentaler decision that threw out the old regulations on abortion as obligating them to provide abortions.  Not so, said Pierlot: the obligation under the Canada Health Act is only to provide “medically necessary” services, which rarely includes abortion.

Pierlot also condemned the current provincial policy of exporting its abortions as “a calculated line … aimed at politically balancing both those who ideologically promote killing the child as a solution to the woman’s troubles (Mr. Ghiz included here), and a political pacification of those who wish to protect the right to life and support women’s needs through social change.”

She expressed the hope that Mr. Ghiz’s successor would “protect all Island citizens, from conception through to natural death.”