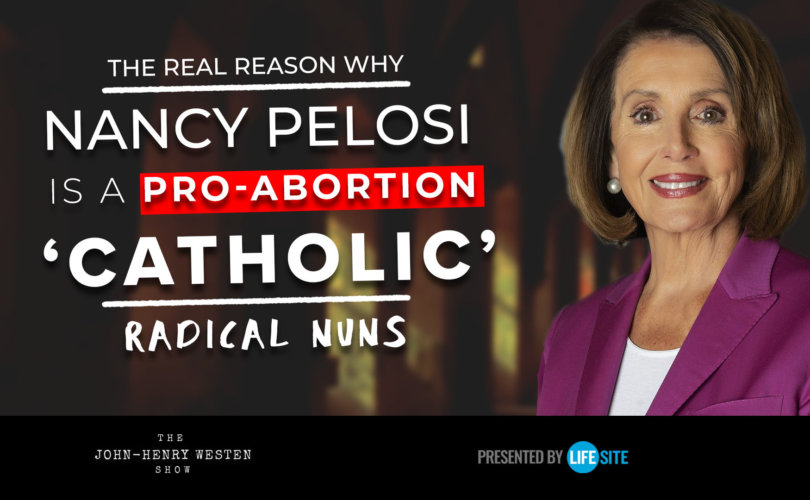 Discussing her conflict with U.S. bishops on abortion and homosexuality in a December Newsweek interview, Pelosi claimed that restricting abortion amounts to a violation of a woman's free will, and is thus inconsistent with her Catholic faith.

“I am a practicing Catholic, although they're probably not too happy about that. But it is my faith,” said the Speaker, referring to the Catholic Church hierarchy.  “I practically mourn this difference of opinion because I feel what I was raised to believe is consistent with what I profess, and that is that we are all endowed with, a free will and a responsibility to answer for our actions. And that women should have that opportunity to exercise their free will.”

In response, Niederauer said that “embodied in that statement are some fundamental misconceptions about Catholic teaching on human freedom” – misconceptions he noted “are widespread both within the Catholic community and beyond.”

“It is entirely incompatible with Catholic teaching to conclude that our freedom of will justifies choices that are radically contrary to the Gospel — racism, infidelity, abortion, theft,” he continued.

“Freedom of will is the capacity to act with moral responsibility; it is not the ability to determine arbitrarily what constitutes moral right.”

“While we deeply respect the freedom of our fellow citizens,” Niederauer concluded, “we nevertheless are profoundly convinced that free will cannot be cited as justification for society to allow moral choices that strike at the most fundamental rights of others. Such a choice is abortion, which constitutes the taking of innocent human life, and cannot be justified by any Catholic notion of freedom.”

Pelosi: My Pro-Abortion Stance is Consistent with Catholic Faith
https://www.lifesitenews.com/ldn/2010/jan/10010402.html