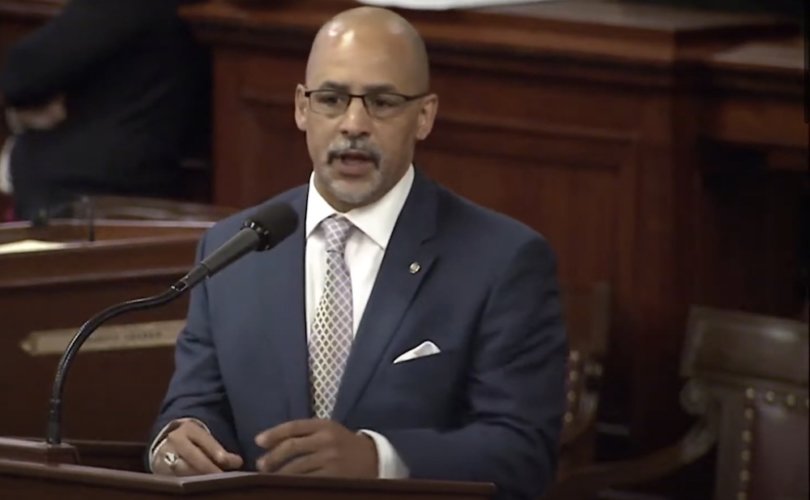 HARRISBURG, Pennsylvania (LifeSiteNews) — A Pennsylvania Democrat lawmaker is attempting to take a satirical swipe at a Texas law banning the vast majority of abortions by introducing legislation that would force men to undergo vasectomies upon reaching their third child or 40th birthday.

“For far too long, the public debate around abortion, contraception and related reproductive matters has thrust government into the center of restrictions on the bodily autonomy of women and girls,” but “rarely is there a meaningful dialogue around public policy focusing on the personal responsibility of cisgender men in this sphere,” state Rep. Christopher Rabb declared in an October 2 statement.

Claiming that the “rights of cisgender men have always been paramount in our society with little focus on their responsibility as inseminators,” Rabb announced that he will introduce a bill “requir[ing] all inseminators to undergo vasectomies within six weeks from having their third child or 40th birthday, whichever comes first,” with males subject to civil penalties for unwanted pregnancies and $10,000 rewards for reporting violators.

“As long as state legislatures continue to restrict the reproductive rights of cis women, trans men and non-binary people, there should be laws that address the responsibility of men who impregnate them,” Rabb added. “Thus, my bill will also codify ‘wrongful conception’ to include when a person has demonstrated negligence toward preventing conception during intercourse. What’s good for the goose is good for the gander!”

While such a bill is unlikely to get far in the Republican-controlled Pennsylvania legislature, it appears it was not intended to. Rather, Rabb’s purpose was to make a statement about pro-life laws such as the Texas Heartbeat Act, which requires abortionists to screen for a preborn baby’s heartbeat and prohibits abortion if a heartbeat can be heard (generally as early as six weeks), with exceptions only for medical emergencies.

Such cries of sexism and hypocrisy are common refrains in pro-abortion circles, but rely on false equivalencies and misrepresentations of abortion and pro-life laws. For instance, abortion bans do not inhibit women’s freedom to decide whether to reproduce, but merely forbid the killing of a living human created by two people who have already reproduced.

Further, while human biology means that only women can get pregnant, which pro-aborts take to mean that only women are put in a position of “needing” abortion, it is also the case that pregnant women are the only ones who currently have a legal ability to dispose of their children before birth. Male Americans have no such power, and there are no nationally-visible advocates of giving men such a power — with the notable exception of men who attempt to force women into unwanted abortions, sometimes with the assistance of Planned Parenthood.