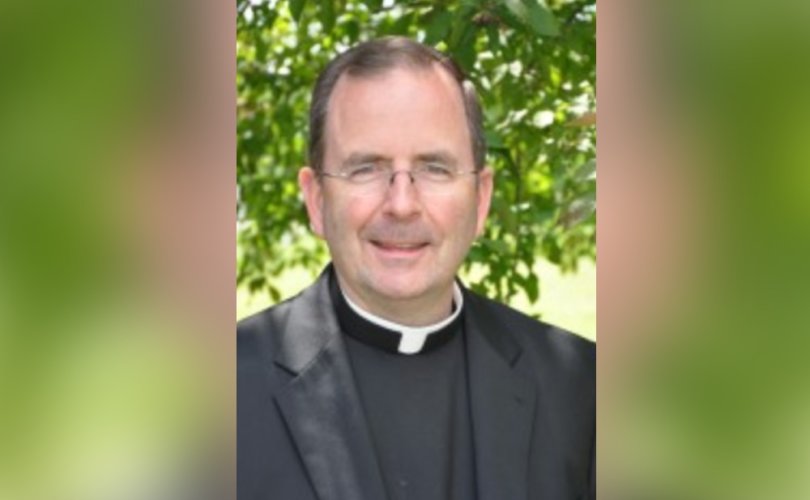 August 27, 2019 (LifeSiteNews) – A Pennsylvania priest is accused of stealing almost $100,000 from donations and ministry stipends to fund sex hook-ups with other men and pay off personal credit debt, reports say.

McLoone made 17 separate payments totaling $1,720 to men he met on Grindr through the Square online payment app. Grindr is the world’s largest gay social networking app.

McLoone is also alleged to have doubled his stipend amount for Masses, weddings, and funerals held at St. Joseph, prosecutors say, and is accused of using $3,000 of the illicit funds to pay off credit cards.

“These charges are serious and disturbing,” the Archdiocese of Philadelphia said in a statement.

The archdiocese became aware of the account in early 2018, according to its statement, froze the account, conducted an investigation, and questioned McLoone.

The priest admitted the account violated archdiocesan financial controls and procedures, and also acknowledged some of its expenditures “were for personal expenses of an inappropriate nature.”

“Those expenses were related to relationships with adults that represented a violation of The Standards of Ministerial Behavior and Boundaries established by the Archdiocese,” the statement said.

McLoone was put on administrative leave at the time, and he resigned as pastor of the parish.

St. Joseph parishioners were informed and updated on the situation over the last year, the archdiocese said, and the matter was taken up by the Chester County District Attorney last spring.

McLoone has been on administrative leave in a private residence throughout.

“The Archdiocese and the parish will continue to cooperate with law enforcement as the criminal matter enters its next phase,” the archdiocese said. “Pending the outcome, Monsignor McLoone remains on administrative leave. Information regarding his arrest will be shared with the Saint Joseph Parish community.”

After establishing the unauthorized “St. Joseph Activity Account” at TD Bank in 2011, the priest then directed donation checks into it over the next six years, stealing a total of $98,405, according to Chester County district attorney chief of staff Charles Gaza.

McLoone is alleged to have withdrawn approximately $46,000 in cash from the clandestine bank account in Ocean City, New Jersey, where he owns a beach house.

One of the “personal relationships” with other men McLoone admitted to involved him deposting $1,200 into the commissary account of an inmate in a New York correctional facility, The Post report said.

The inmate was never a Pennsylvania resident and had no prior connection to St. Joseph.

According to the complaint, McLoone told investigators the inmate, identified in court documents as Brian Miller, lived in New York City and that he’d met him via Grindr for a sexual relationship.

“Father McLoone held a position of leadership and his parishioners trusted him to properly handle their generous donations to the church,” Gaza said in a statement. “Father McLoone violated the trust of the members of St. Joseph’s for his own personal gain.”

McLoone’s lawyer, Melissa McCafferty, denied the charges to The Post.