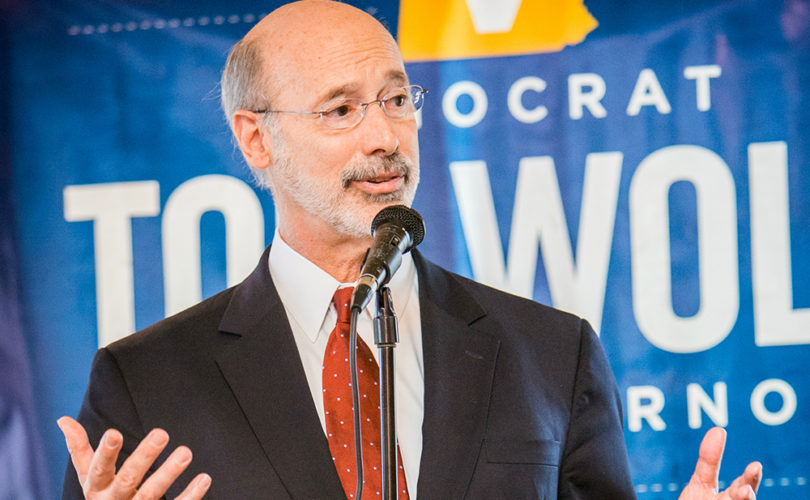 (LifeSiteNews) – Pennsylvania is becoming an abortion haven in the wake of Roe v. Wade’s fall, with the state seeing thousands of visitors from newly pro-life states seeking to have their preborn children disposed of.

Since then, Allegheny Reproductive Health Center in Pittsburgh says it has seen a 60% increase in out-of-state customers, while non-native abortion seekers have “doubled at Planned Parenthood Keystone clinics in York, Harrisburg, and Allentown.”

READ: Here’s where abortion is banned in America, now with live updates and interactive map

But the current pro-abortion governor, Democrat Tom Wolf, signed an executive order in July “immediately ensuring out-of-state residents may enter Pennsylvania to access” abortion and affirming that the governor will “decline any request received from any other state to issue a warrant for the arrest or surrender of any person charged with a criminal violation involving the provision, receipt of, or assistance with” abortion unless the charge is for something that is also illegal within Pennsylvania.

Next year, Pennsylvanians will vote on a proposed amendment to the state constitution clarifying that it does not contain a right to abortion or the public funding thereof.

While overturning Roe represented an enormous victory for the pro-life movement, the issue remains far from resolved. National Democrats support both codifying a right to abortion in federal law and promoting interstate travel from abortion-free states to abortion-friendly ones, to get around pro-life laws.

Pro-life groups such as the Thomas More Society and the National Association of Christian Lawmakers are currently exploring potential policies to counteract the problem, though any state-level response will likely face difficult legal challenges. Regardless, pro-lifers say the problem highlights the need for abortion bans in states that don’t yet have them, and for settling the issue in every state by eventually passing a federal ban.