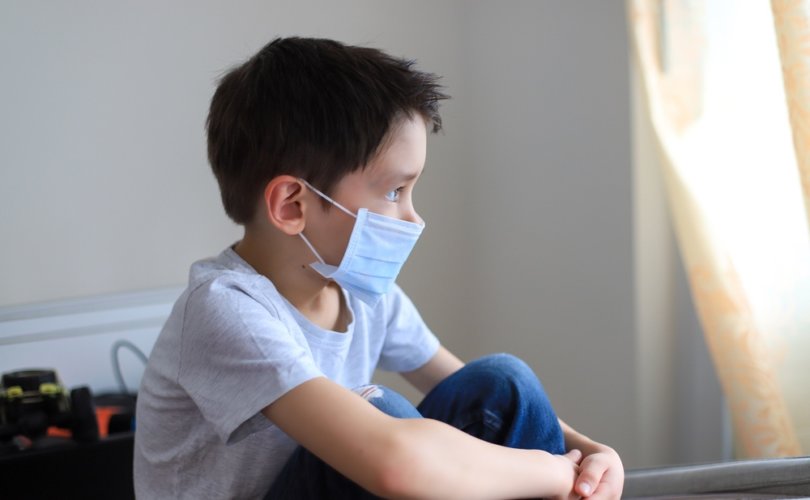 (LifeSiteNews) — The Pennsylvania Supreme Court has struck down the state’s mandate for mask-wearing in public schools, ruling that Acting State Health Secretary Alison Beam lacked the legal authority to impose it in the first place.

Fox News reports that the suit was brought by a coalition of parents, school districts, and Republican lawmakers such as state Senate Leader Jake Corman III and state Rep. Jesse Topper.

A written opinion explaining the decision has not yet been released, but the decision affirms a previous ruling by a lower court that Pennsylvania’s Disease Control and Prevention Act of 1955 does not give the health secretary “blanket authority to create new rules and regulations out of whole cloth.” In response, several districts have already lifted their mandates.

“Today’s ruling is a victory for parents and communities whose opinions have been ignored by the Wolf Administration for far too long,” Corman said in a press release. “I have said all along that parents and school boards are in the best position to respond to COVID-19 and keep our kids safe.”

“This ruling means we will not have to deal with even more extreme, unilateral measures from the Wolf Administration that devastated our economy last year, including business closures and restrictions,” he added.

Democrat Gov. Tom Wolf downplayed the ruling, saying he would have lifted the mask requirement on January 17 anyway. “I don’t see any mask mandate coming back,” he claimed. “Vaccines are our strategy. They are working.” More than 60% of Pennsylvanians are considered “fully vaccinated,” yet COVID-19 cases and hospitalizations have continued to rise, which Wolf and his allies attribute to the unvaccinated.

Available evidence suggests that masks played little, if any, in reducing COVID-19’s spread across the United States. In May, a study found that, though mandates effectively resulted in higher levels of mask wearing, “mask mandates and use (were) not associated with lower SARS-CoV-2 spread among U.S. states” from March 2020 to March 2021.