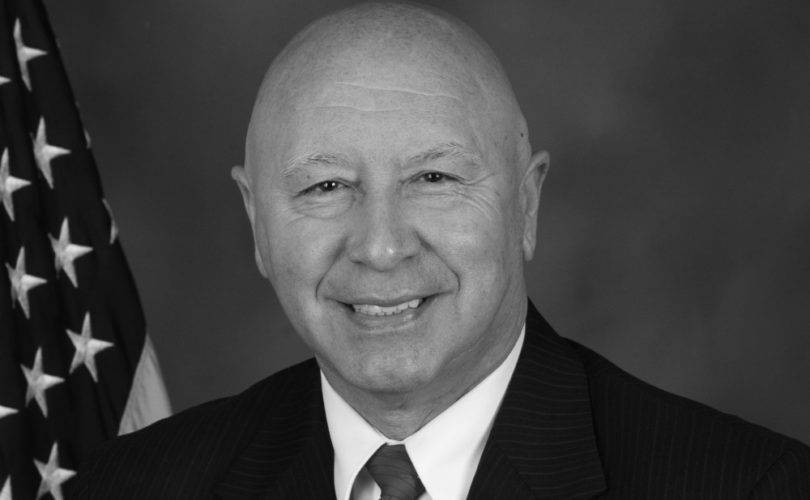 A Pennsylvania woman is facing charges for leaving threatening voicemails at the office of a state Senate candidate allegedly threatening his life because of his opposition to abortion.

State Rep. Mario Scavello is running for the 40th District state Senate seat against Democrat Mark Aurand. In 2012, he filled out a questionnaire for the Roman Catholic Diocese of Scranton saying, “I oppose legalized abortion in all circumstances.”

Aurand highlighted that in an ad aimed at female voters. “No woman should be forced to carry a pregnancy from a rape,” a female narrator said. “Mario Scavello sponsored a bill to force women to have unnecessary and invasive ultrasounds. It’s horrifying. Women need to know that Mario Scavello wants to stand between them and their doctors in making decisions that aren’t his to make.”

Aurand hoped the ad would inspire people to vote. It allegedly inspired a 47-year-old Allentown woman to threaten the lives of Scavello and his staffers.

Pocono Township police say that Sharon Marie Manning called Scavello's office on September 18 and told him “to get the [expletive] out of our country.”

Another message left three minutes later said, “If your jackass self ever decides to run for office in New York, New Jersey, or Connecticut, the women would beat you senseless themselves.”

“If you said that [expletive] in Germany, the women would rape you alive,” she added. “And if you ever try to legislate in this country, I'll make sure your life is a living [expletive] hell. Do you understand me? You piece of [expletive]!”

The next morning, Scavello staffer Kristine Bush reported the call to police, who say they traced the calls back to Manning.

She said she made the call after seeing the TV ad, according to police, who have charged her with one count of stalking and three counts of harassment.

“It's awful that somebody would make those type of threats over an ad,” Scavello told the Lehigh Valley Express-Times. “I don't think my staff should be subjected to that,” he said. “We don't pay them enough to take those type of things.”

When Scavello revealed the calls during a tense 75-minute debate last Wednesday, Aurand was unapologetic.

The calls “shouldn't have happened,” Aurand replied. “But it's not because of the ad that it happened. You made the decision to fill out the Scranton Diocese's questionnaire, where you had options about what your position was on abortion. And you chose the one that said, 'I'm against abortion in all circumstances' – rape, incest, and health of the mother. I didn't choose that for you. The ad didn't choose that for you.”

“So, if there are any consequences to your decision, it's not the ad's fault. It's what you decided to do,” Aurand concluded.

By the next day, Aurand was more apologetic, telling local media he was “disgusted and shocked” by the calls. “It is not acceptable in our political discourse,” he said, adding “there's no justification” for harassment.

Ironically, Scavello has muddied the waters about whether he is pro-life. Scavello, a Catholic who came to the United States from Italy when he was five years old, now says he “misspoke” on the questionnaire and he supports “all” the exceptions, such as rape and incest. He told the Express–Times that abortion is “a woman's right and her privilege,” adding, “It's between her and her doctor or her religious leader.”

As a state legislator, he supported a bill requiring an ultrasound before an abortion but withdrew his support. He later served as mayor of Mount Pocono in the eastern part of the state, about 100 miles north of Philadelphia.

Manning will have a preliminary hearing on October 28 in Tannersville before District Judge Thomas Olsen.

Scavello addressed the calls at approximately 39 minutes into their debate, shortly after saying he supports state House Bill 300, which would make it illegal for businesses to “discriminate” against homosexuals and transgender people.