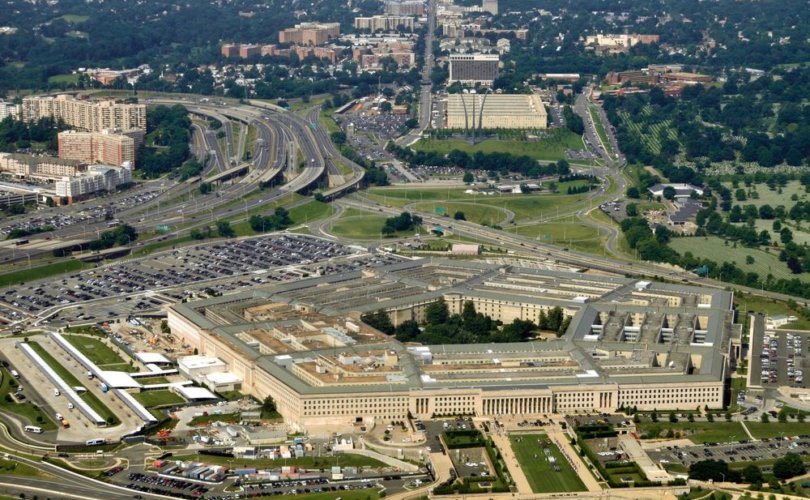 Aerial of the Pentagon, the Department of Defense headquarters in Arlington, Virginia, near Washington D.C.Shutterstock.com

WASHINGTON, D.C., October 4, 2017 (LifeSiteNews) – The Pentagon no longer uses the far-left Southern Poverty Law Center (SPLC) as a training resource on extremism, according to a new report.

According to an email from Brian J. Field, assistant U.S. attorney from the Civil Division, “all references to the SPLC have been removed from any current training” used by the DOD.

The SPLC lumps pro-life, pro-marriage, and Christian organizations in with neo-Nazis and the KKK as “hate groups.” Its “hate map” inspired a man to attempt a shooting rampage at the Family Research Council’s headquarters in 2012, the first incident of armed domestic terrorism in Washington, D.C.

The media have long cited the SPLC as a reliable source despite the equivalence it claims social conservatives and racists have.

The FBI used to link to the SPLC as a “resource” on hate crimes. It distanced itself from the radical group in 2014, but still lists the SPLC as an organization it has a “partnership” with to fight hate crimes. The SPLC was close to the Obama administration.

The Christian pro-family organization D. James Kennedy Ministries is suing the SPLC for defamation for labeling it a “hate group.”

Accusations of “hate” caused an online donation processor to cut ties with the Ruth Institute, an organization that works to “end family breakdown by energizing the Survivors of the Sexual Revolution,” in September 2017.

In June, backlash caused the “neutral” charity database GuideStar to reverse its decision to use the SPLC’s “hate” label on the nonprofits it tracks.

Liberty Counsel, a Christian legal ministry, is suing GuideStar over this.