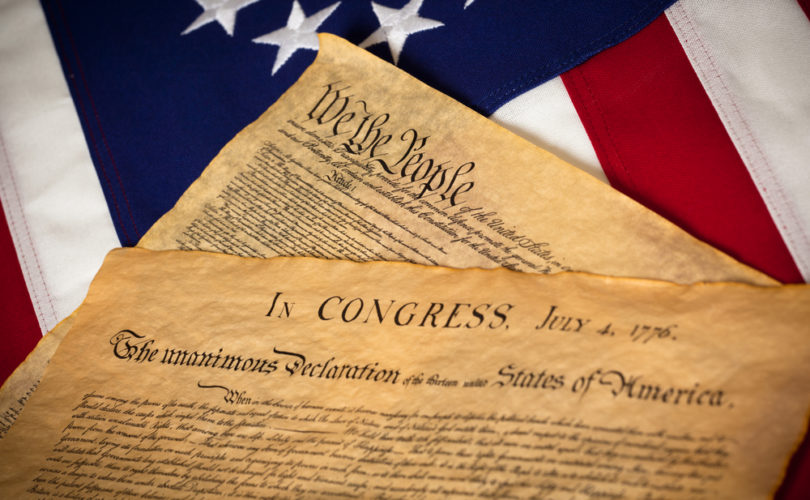 Robert R. Reilly has penned one of the most important books on same-sex ‘marriage’ to date, yet the book has seen little coverage even from conservative media. Making Gay Okay, published by Ignatius Press earlier this year, has answered how and why the movement for gay “marriage” has swept America and the only way to defeat it – a way that has been largely ignored, with predictable results.

In an interview with LifeSiteNews, Reilly, who served as senior advisor for information strategy for the U.S. Secretary of Defense from 2002 to 2006 and has taught at the National Defense University, noted with wit that the most immediate cause of the current situation in America was “the sexual revolution in the 1960s that separated sex from diapers.”

“If heterosexuals can rationalize their sexual misbehavior, why can’t homosexuals rationalize theirs?” he said. “The deeper cause has been the overthrow of the ‘Laws of Nature and of Nature’s God’ as a source of moral meaning.”

A key element in the erosion of traditional marriage is the notion that ‘rights’ are now being created by the state, rather than coming from nature. “Once Nature is removed as the moral authority, you can declare anything equal to anything else – because it is simply based upon will,” Reilly told LifeSiteNews. “In order to defeat it,” he said, “we have to show that rights come from Nature, not the state, and that sodomy is unnatural.”

Reilly warned that despite the fact that same-sex “marriage” has transformed our courts, schools, military, civic institutions, and diplomacy, the new ideology “now is only beginning to exercise its hegemony.”

“The phase of enforcement has begun,” said Reilly.  “How can our society remain sane and accept these new rulings? This reminds me of Germany in 1935 with the passage of the racist Nuremberg laws. No doubt, there were still many fine and moral people in Germany, but for the most part they acceded to the pseudoscientific, racist dictates of the Nazi regime. The denial of reality in which we are now involved is just as profound.”

For all this though, Reilly, who as a young man served in the White House as a special assistant to President Ronald Reagan, is confident of eventual victory.  “Reality always wins in the end,” he said.

But the road to that eventual victory will not be easy. Reilly suggests it may even take “a new American Revolution.”

“It can be a peaceful one, but it requires resistance and recovery,” he said.