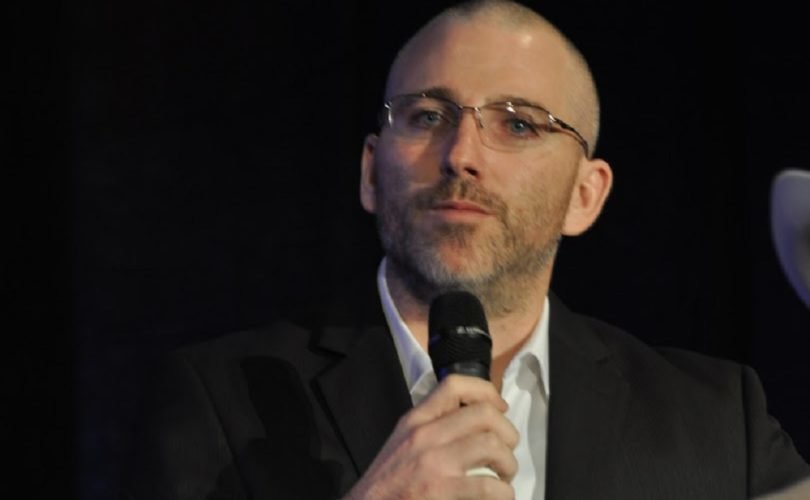 DES MOINES, Iowa, November 16, 2015 (LifeSiteNews) – A group of Christian men and women targeted for religious persecution told a recent religious liberty gathering that the experience has served to strengthen their faith.

Aaron and Melissa Klein, Air Force Sergeant Phillip Monk, Dick and Betty Odgaard, and Randy Pfaff stated unequivocally before a crowd of 1,700 from around country at the recent Freedom 2015 National Religious Liberties Conference in Des Moines that they were more ready than ever to face persecution for their faith.

The 20-year veteran of the U.S. Air Force was relieved of his duties and threatened with court martial for declining to verbally agree with his openly lesbian commander that opposition to homosexual “marriage” amounts to discrimination.

“But that's absolutely part of the equation,” Monk stated. “And it really just boils down to, do you really believe in God's promises? And if you do, then there's no hesitation. There's no reason to doubt.”

“In the midst of very traumatic experiences, God draws you closer in those moments,” Monk continued. “He comes and he grabs you and says, 'Guess what: I'm right here.'”

Aaron and Melissa Klein, Oregon owners of Sweet Cakes by Melissa, were fined $135,000 by a state administrative body for declining to make a cake for a homosexual “wedding.”

Melissa Klein admitted that before it all happened, she struggled with her trust in the Lord.

“And through this,” she told the crowd, “God's shown me that he is so real, and that he loves us so much, that my trust and my faith has just exploded.”

We're human, she continued, and we have fear, feelings, and emotions.

“But it's so amazing to watch God step in,” said Melissa Klein, “and watch God take over.”

As humans, she said, we can't do it ourselves.

“It's so hard for me to put into words just how much it means tome to have the faith I have today,” Melissa Klein stated.

She recounted for the audience how before their religious persecution she used to be a worrier, agonizing about everything at the cake shop, but now she's much more relaxed and trusting.

“Now things pop up and it's like, eh, God will take care of it,” said Melissa Klein. “And it's like – this is awesome.”

Her husband told the crowd that until you're in the situation, you don't realize the way God works in your life.

“You think that your first reaction would be to turn tail, run, hide,” Aaron Klein stated. “No – the Lord gets behind you, he supports you through it.”

The experience of being persecuted for your faith has you holding on to Scripture verses, he said – “like, consider it pure joy when they persecute you. Remember, 'they persecuted me first.'”

“And it brings scripture to life in a way that you will never experience until you stand up on God's word,” Aaron Klein continued, something he's still living out today. “It's an awesome experience.”

Pastor Randy Pfaff lost church members and endured death threats after being ousted from a public school for ministering to students.

His evangelical church rented cafeteria space at Florence, CO high school for Sunday services and hosted prayer each morning before school at the flagpole, along with Bible study and pizza during lunch in a classroom, until being sued by a teacher.

“You don't know me, but I never cried in my whole life until the last six years,” Pfaff stated. “Because we did that, and because we did what Christ wanted us to do.”

Betty Odgaard said the hatred that came toward her and husband Dick for declining to host a homosexual “wedding” at their Grimes, IA business, the Gortz-Haus Gallery, was unreal, like nothing they'd ever experienced.

“But because of it, God has raised us up and made us strong,” she said.

“We were responding to our faith, and there was no other response to make, and so fear wasn't part of the equation,” Dick Odgaard said. “As far as fear is concerned, not so much, because I knew I was doing the right thing.”

Betty, though, was depressed for a long period of time, until one day waking up finding comfort in the Lord.

“And God just put the spirit of 'no fear' in me,” Betty Odgaard recalled. “And it just came like a lightning bolt.”

“You know, we did have death threats, and different things that came. Our name was mud,” she said. “I just remember that one day it was clearly, now I have the spirit of no fear, and I can do anything.”

The whole panel were clear that they had love for the homosexual community, or others who would see them persecuted for their Christianity, and that love flows from the conviction of their faith.

“I guess the main thing I've learned is that I need to fear God, not man,” Pfaff told the religious freedom conference.

Pfaff reminded everyone to pray every day and ask the Holy Spirit to reveal the things needed within Scripture.

“Get ready for it, because you never know when it's going to come,” Aaron Klein said of religious persecution. “Get in God's word. And get ready to smile, because persecution brings a joy that you'll never find anywhere else.”