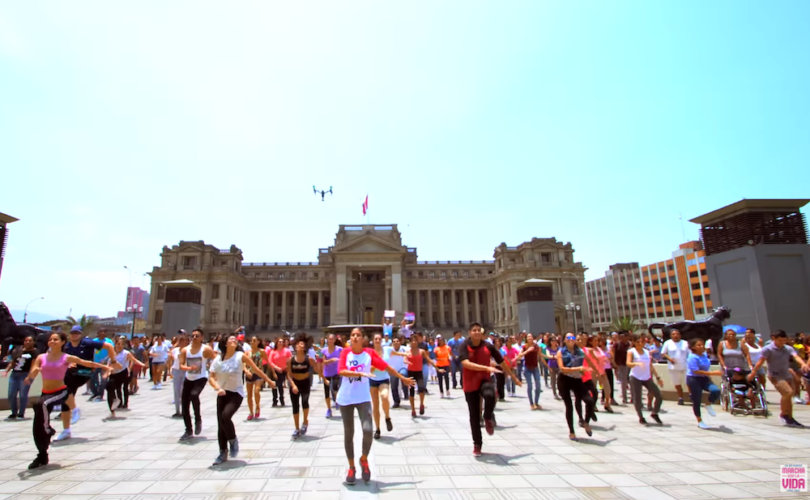 LIMA, Peru, March 14, 2017 (LifeSiteNews)—The pro-life movement in Peru has produced a video of startling vitality and youthful exuberance to promote what may be the world’s largest annual March for Life.

Staged as a flash mob in a spacious public square in downtown Lima, the video begins with a teenage girl doing a solo song and dance with “en la marcha por la vida” as its chorus. Soon the square is filled with hundreds of young men and women joining her in both the song and dance, with both closeups filmed at ground level and long shots taken from a drone. The video is followed by a second one that teaches the song’s four verses and accompanying movements.

The flash mob matches this year’s theme: “La Calle Es Nuestra: Defienda La Vida (The Street is Ours: Defend Life).” Not only are Peruvians the most pro-life population identified in a world survey conducted earlier this year by Ipsos, their yearly Marcha Por La Vida may be the world’s largest. It drew 500,000 in 2015 and 750,000 last year. The biggest U.S. march, in 2013, attracted 650,000.

Abortion is illegal in Peru except to save the life of the mother. An effort two years ago to extend decriminalization to abortions of unborn children conceived in rape failed.