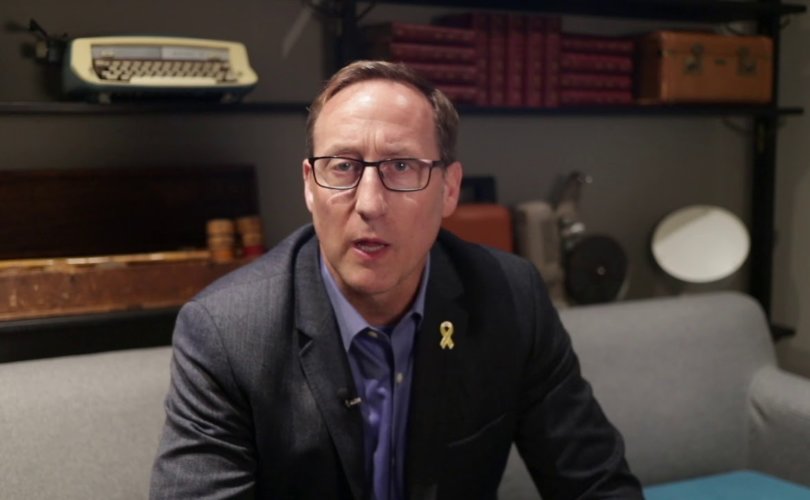 ONTARIO, June 11, 2020 (LifeSiteNews) – Conservative Party of Canada (CPC) leadership candidate Peter MacKay has called it “child abuse” for parents to seek help for their children who suffer from gender dysphoria.

MacKay, considered by many to be the frontrunner in the leadership race to replace party leader Andrew Scheer, made the comment in a June 3 tweet directed toward pro-life and pro-family leadership candidate Derek Sloan.

Sloan said that the “Liberals have said ‘no, you can’t get counseling and if a parent” but “you're allowed to put your kid on these you know, invasive medical regimes.”

“That is child abuse. And I accuse Justin Trudeau and his government right now, of child abuse, that's what they're putting into law and we need to wake up,” said Sloan.

Bill C8 could punish someone for up to five years for causing a minor to undergo “conversion therapy,” either in or outside Canada or forcing an adult to do so.  Benefiting financially on advertising from “conversion therapy” is punishable by up to two years in jail.

“Bill C-8 represents an unprecedented assault by the Trudeau Liberals on our civil rights, personal freedoms, and religious liberties in this country,” stated David Cooke, Campaigns Manager for Campaign Life Coalition, in a blog.

Let me give you some real-life examples of what will likely happen if Bill C-8 passes into law:

If you’re a parent with a gender-confused child, you will not be permitted to help that child conform to his/her biological gender. If you seek outside help, or if you counsel that child yourself to find peace with his/her bodily reality, you will be guilty of “causing [a] child to undergo conversion therapy”, and you will go to jail for up to five years. You can do nothing but offer affirmation, artificial hormones, and/or mutilating sex-change surgeries to your child. [Section 320.‍103(1)].

If you’re a pastor or church leader who publicly proclaims the power of Christ to transform homosexuals and transgenders, you may be arrested for “advertising conversion therapy”. [Section 320.104]. If an ex-gay or ex-trans is converted at your church and drops some money in the offering plate, you could be arrested for receiving an indirect “material benefit for conversion therapy”. [Section 320.105].

“Forcing a child into ‘conversion therapy’ is child abuse and it absolutely must be banned. Derek’s remarks are reprehensible,” said MacKay in a June 3 Twitter message.

Forcing a child into ‘conversion therapy’ is child abuse and it absolutely must be banned. Derek’s remarks are reprehensible.https://t.co/8wxGaW7B4f

In an email message sent to his followers last Friday, Sloan fired back at MacKay, saying he was looking for another “socially conservative ‘albatross’ to slay.”

“‘Reprehensible’ is the word that Peter MacKay used this week to describe my opposition to Bill C-8, Trudeau’s attempt to criminalize so-called ‘conversion therapy. This is the very same word that Trudeau’s Communications Director used,” said Sloan.

“Once again, Peter MacKay is attacking the natural conservative position and is instead supporting the Liberal Party’s worldview.”

In his email last Friday, Sloan said that according to Bill C8, “if your 10-year-old girl tells you that she is really a boy, you, as a parent must accept this; that this must be the ways things are; the way things have always been; and the way things must always be.”

He added that according to this “ideology” it is “wrong to make any effort to have your daughter ‘change’ back into being, um, a girl,” saying that “not only is it wrong, but, in Justin Trudeau’s Canada, such efforts will be illegal. Now, it seems that Peter MacKay is backing Trudeau on this.”

Sloan then went after MacKay saying that what he finds “reprehensible” is that MacKay is “letting his social liberal extremism drive him to support Trudeau’s invasive and catastrophic radical gender ideology.”

“Trudeau is attacking children and parental rights, and he is doing so, it seems, with Peter MacKay’s full backing.”

In early May, Sloan announced in an email that if elected as Prime Minister, he will “propose legislation that will outlaw transgender surgery for children across Canada.”

In his message last Friday, he reiterated this promise.

“When I become Prime Minister, I will get rid of Bill C-8. Further, I will introduce legislation banning sex-change operations for children under 18, as lawmakers in the U.K. have recently proposed,” said Sloan.

This is not the first time Sloan has come out against the proposed legislation in Bill C8. In March, he criticized it in an email saying,  “this is madness.”