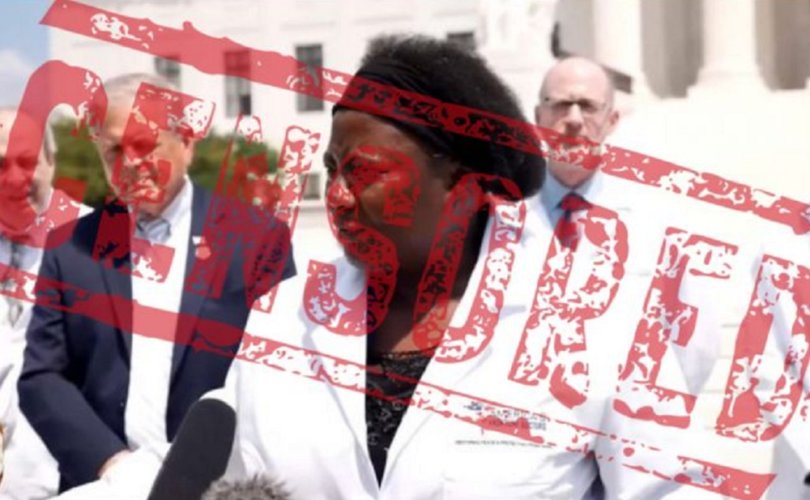 August 11, 2020 (LifeSiteNews) — LifeSite’s petition encouraging the break-up of Big Tech — because of censorship of conservatives, Christians, and libertarians — has surged past 82,000 signatures in less than two weeks.

“This petition shows no sign of slowing down,” said Scott Schittl, one of LifeSite’s campaign coordinators. “Conservatives and freedom-loving people are sending a clear message to the government about Big Tech censorship: use your power to protect free speech and democracy from these giant, power-hungry monopolies!”

This petition was inspired because of policies at Google, Facebook, Twitter, and YouTube that attempt to smother the voices of a variety of conservative and libertarian pundits and news outlets.

Certain topics are almost certain to incur Big Tech censorship, including but not limited to the effectiveness of hydroxychloroquine in treating COVID-19; the danger of vaccines and medical freedom generally; the dangers of the homosexual/LGBT “lifestyle”; the appalling nature of abortion; and the fact that abortion is not health care and never medically necessary.

Big Tech companies commonly censor conservative content in one of two ways. They can directly ban content or users from their platforms, like when a video is removed from YouTube or when Twitter freezes a user’s account or deplatforms him. The other way Big Tech can censor conservatives is by manipulating search results so links to conservative sources are pushed far enough down the list of results that the average person will stop his search or decide to look at one of the proposed links instead.

The effect that these forms of banning and manipulation have is to make it appear that the only voices speaking about certain issues are liberal, pro-LGBT, and pro–mandatory vaccine.

As such, these Big Tech policies of banning and manipulating legitimate news and opinion are seriously undermining free speech and democracy.

This petition, therefore, calls for the government to use existing antitrust laws to break up the Big Tech monopolies — including Facebook, Twitter, and Google (owner of YouTube) — which have grown enormously over the past two decades.

“Of course, we believe that people are capable of sorting through opinion and news themselves. However, we cannot accept Big Tech stepping in to censor what opinion and news is available,” said Schittl. “Regrettably, Big Tech must now be broken up if legitimate free speech is going to survive and continue to thrive on the internet.”

The competition of ideas is essential for democracy. Big Tech cannot remain as the self-appointed arbiter of what ideas are or are not acceptable for public consumption.

The thing is, most people actually agree.

A recent Pew poll reported that 75% of Americans believe that Big Tech companies have too much influence, and there is an overwhelming support for breaking up the Big Tech monopolies.

President Trump took a step in the right direction in late May with his executive order to combat social media censorship through more regulation.

But much more can and should be done right now.

This petition calls on policymakers to use existing laws against monopolies to start the process of breaking up Big Tech.

People need to continue to speak up all around the world, so if you haven’t yet signed the petition, please consider signing and sharing with your like-minded family, friends, and colleagues.