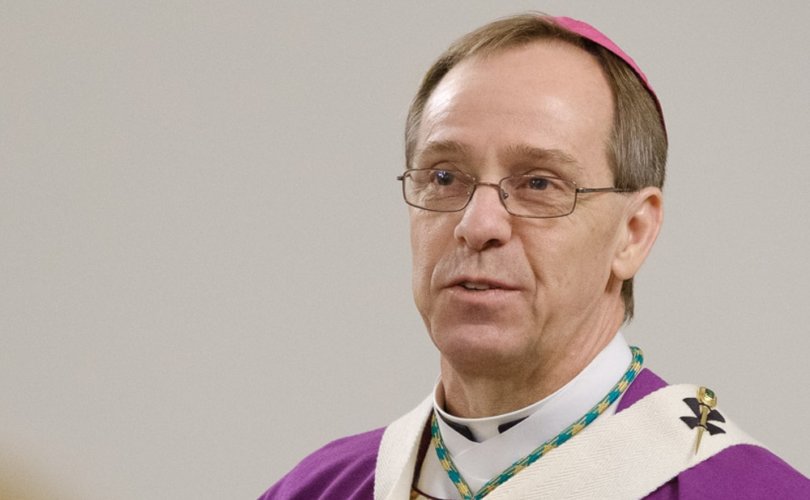 June 21, 2019 (LifeSiteNews) – A petition has been launched to support a U.S. bishop receiving pushback after he stripped a Jesuit-run school of its Catholic label in response to the school's refusal to follow the archbishop’s directive that it not renew a teacher’s contract who had ‘married’ a same-sex partner.

Archbishop Charles Thompson, who leads the Archdiocese of Indianapolis, decreed yesterday that Brebeuf Jesuit Prep School can no longer be considered a Catholic institution, as LifeSiteNews reported earlier.

Two summers ago, a teacher from Brebeuf Jesuit Preparatory School “married” a same-sex partner. The fact became publicly known via social media. The Archdiocese of Indianapolis, led by Archbishop Thompson, requested around the same time that the school not renew the teacher’s contract because the teacher’s lifestyle contradicted Catholic sexual and moral teaching.

“Every archdiocesan Catholic school and private Catholic school has been instructed to clearly state in its contracts and ministerial job descriptions that all ministers must convey and be supportive of all teachings of the Catholic Church,” the Archdiocese stated. “Regrettably, Brebeuf Jesuit Preparatory School has freely chosen not to enter into such agreements that protect the important ministry of communicating the fullness of Catholic teaching to students.”

Mainstream media sources, such as CNN, are even lying about the facts with headlines such as “An Archbishop told a Jesuit school to fire a gay teacher. They said no.“

“We, the undersigned, wish to support you in the difficult decision you took to revoke from Brebeuf Jesuit Preparatory School the right to identify itself as a 'Catholic' school,” the petition states.

“Thank you for using your authority to teach the faithful – both inside and outside of your Archdiocese – about the Church's fidelity to teaching the young the truth about marriage,” it continues.

“We support your prudential decision in not letting a school deceive parents into thinking they are sending their children to a 'Catholic' school when that school refuses to follow Catholic teaching on marriage as between one man and one woman,” it adds.

The petition will send a message of support to Archbishop Thompson and show him that faith-filled, prayerful Catholics appreciate his leadership in upholding the Church’s teachings regarding episcopal authority and responsibility regarding faith, and morals, and education.