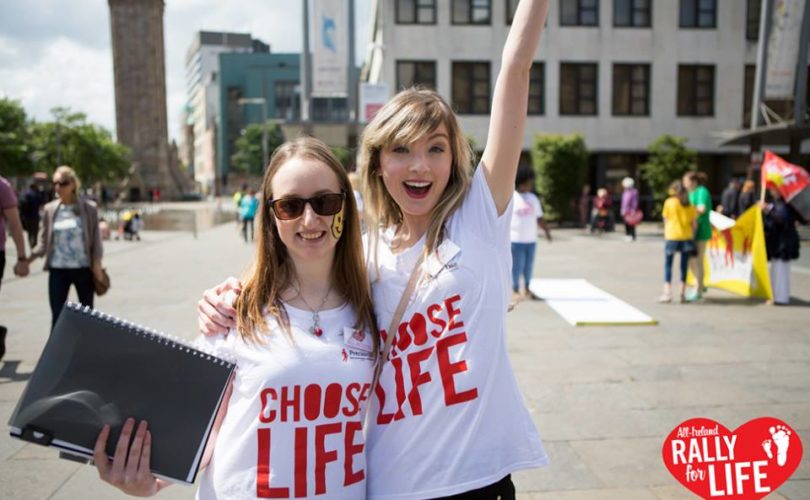 June 5, 2018 (Society for the Protection of Unborn Children) – As of yesterday, 17,739 people had signed SPUC's petition calling on the Prime Minister not to give any parliamentary support to decriminalising abortion.

The petition is being sent to Theresa May as Stella Creasy MP seeks an emergency debate on abortion in Northern Ireland. Ms Creasy and others are planning to table amendments to an upcoming bill on domestic violence, seeking to repeal the 1861 Offences Against the Person Act (OPA), which originally criminalised abortion. The 1967 Abortion Act made abortion legal under certain grounds in England and Wales, but was not extended to Northern Ireland. Hence, removing the OPA would leave Northern Ireland with no criminal law on abortion, unleashing abortion on demand.

Ms Creasy is expected to make an application for an emergency debate this evening. If the Speaker of the House grants permission, the debate would be likely to take place tomorrow afternoon. An emergency debate would force a government minister to answer questions on extending abortion to Northern Ireland. The Government has so far insisted that abortion law in Northern Ireland is a devolved matter on which Westminster politicians should not interfere.

“Stella Creasy's call is a calculated manoeuvre to draw MPs, who have no mandate from the people of Northern Ireland, into a debate aimed at imposing abortion on the Province,” he said. “It also holds extreme dangers for every part of the UK. This shows the utter contempt of the abortion lobby for the democratic structures and the rule of law.”

Leaving women to mercy of the abortion industry

Antonia Tully, who co-ordinated SPUC's petition to the Prime Minister, said: “Decriminalising abortion would effectively make the Abortion Act redundant. This is a dangerous move because if abortion is no longer governed by the law we will develop a backstreet abortion culture.

“Decriminalising abortion would leave every unborn baby and expectant mother in Britain and Northern Ireland with no legal protection against abortion and utterly at the mercy of the unscrupulous abortion industry,” she continued. “Our fear is that the most vulnerable women will be most at risk. The abortion advocates would abandon abused, trafficked and desperate women to those who would seek to exploit them. We are saying that these women need care and compassion, not to be forced by violent partners to take online abortion pills.”