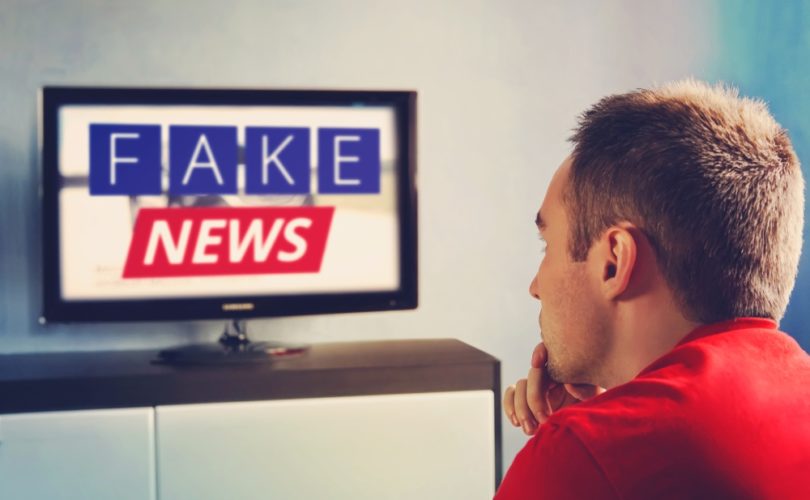 (LifeSiteNews) — A new survey from the Pew Research Center found that journalists give themselves high marks for reporting the news, but their readers in the general public don’t agree with the grade given.

Pew found a disconnect when it comes to the “five core functions of journalism: covering the most important stories of the day, reporting the news accurately, serving as a watchdog over elected leaders, giving voice to the underrepresented, and managing or correcting misinformation.”

“In all five areas, journalists give far more positive assessments than the general public of the work news organizations are doing,” the survey, released on June 14, reported. “And on four of the five items, Americans on the whole are significantly more likely to say the news media is doing a bad job than a good job.”

“For example, while 65% of journalists say news organizations do a very or somewhat good job reporting the news accurately, 35% of the public agrees, while 43% of U.S. adults say journalists do a bad job of this,” Pew reported.

Journalists also say they “feel connected” to their readers – but the relationship tends to go in one direction only.

“Similarly, while nearly half of journalists (46%) say they feel extremely or very connected with their audiences, only about a quarter of the public (26%) feels that connection with their main news organizations,” Pew reported.

Journalists are split when it comes to giving equal coverage to the different sides of an issue.

“On the other hand, journalists express wide support for another long-standing norm of journalism: keeping their own views out of their reporting,” the survey reported. “Roughly eight-in-ten journalists surveyed (82%) say journalists should do this, although there is far less consensus over whether journalists meet this standard,” Pew reported.

“Just over half (55%) think journalists are largely able to keep their views out of their reporting, while 43% say journalists are often unable to,” the survey concluded.

This is just further proof that the “media bubble is real,” according to Joe Concha.

The media commentator for The Hill and Fox News wrote in his analysis of the results that “[t]o say there’s a disconnect between many journalists and the public they serve is a gross understatement.”

“So why the disconnect? Perhaps it’s like the old saying about the key to good real estate: Location, location location,” he pointed out in his analysis in The Hill on Wednesday. “Most of the national media are located in two places: New York City and Washington, D.C.”

He noted that The New York Times has not endorsed a Republican for president in 66 years, and the Washington Post has never done so. He said it would “probably be a bad idea to share your party affiliation” if you are a Republican applying to work at these publications.

“Such is the state of media in 2022, where the bubbles in the Big Apple and the nation’s capital are increasingly soundproof, shutting out the rest of the world,” he commented.

1
Mark Houck acquitted on both charges in major pro-life victory
2
Pope Francis says ‘circumstances’ may ‘eliminate fault’ of sodomy in letter to Fr. James Martin
3
‘We will say no’ to legalized sodomy: African politician objects to Pope’s remarks before visit
4
Police arrest Canadian teens at Freedom Convoy anniversary rally after altercation over flag
5
MIT analytics expert calls for end to mRNA COVID shots: ‘No other ethical or scientific choice’
Subscribe to Daily Headlines »