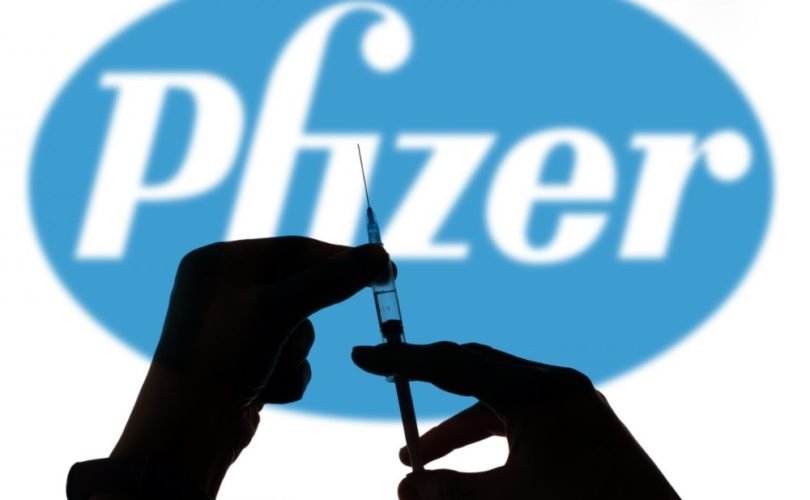 (LifeSiteNews) — A comprehensive report published by a nonprofit consumer advocacy organization detailed Pfizer’s massive power over world governments, shining a light on the Big Pharma titan’s ability to hide crucial information and protect itself from liability while maximizing profits.

Public Citizen, which bills itself as an apolitical advocacy group dedicated to protecting public interests against excessive corporate power, stated in an October 19 report that it had “identified several unredacted Pfizer contracts that describe the outcome of” the company’s negotiations with governments over its COVID-19 jabs.

The report came after Pfizer, which manufactured a double-shot mRNA COVID-19 vaccine last year in association with German biotechnology company BioNTech, was accused of  “bullying” government entities regarding the contracts in February.

According to Public Citizen, “The contracts offer a rare glimpse into the power one pharmaceutical corporation has gained to silence governments, throttle supply, shift risk and maximize profits in the worst public health crisis in a century.”

“What happens when a vaccine manufacturer starts bullying?” Palki Sharma asked in a spotlight on the Public Citizen report for Indian media company WION in October.

“Governments are silenced, supplies are halted, and profits take precedence over saving lives,” she continued. “I’m not describing a hypothetical situation here. I’m describing what Pfizer is doing, the American Pharma giant. It is doing all of this. It is bullying countries to submit to its demands.”

While the Public Citizen report and WION’s coverage appear to take the stance that some of Pfizer’s worst crimes lay in its failure to dole out the experimental jabs cheaply to low-income nations — a concern not necessarily shared by those who argue against injection mandates, dispute the efficacy and necessity of the shots, and point out that the drugs have contributed to hundreds of thousands of adverse events and nearly 19,000 deaths in the United States alone — the report nonetheless highlights the fact that Pfizer has wielded colossal monopoly prowess to rake in profits and exert its power thanks to the mass immunization scheme underway globally.

WION had begun reporting about the matter in February, noting that “while countries like India are sending free vaccines to foreign nations, there are companies like Pfizer which are bullying governments.”

Sharma explained that the confidential contracts obtained from Pfizer and compiled in the Public Citizen report “are with nine countries and blocks,” and demonstrate the corporation’s ability to pressure governments into accepting stringent terms while releasing Pfizer from liability as it boosts its own profits.

“[T]he details are shocking,” she said, arguing that “desperate countries are being forced to make humiliating concessions to Pfizer.”

“These are very serious revelations,” Sharma said, accusing Pfizer, a massive corporation with a market cap of $288.7 billion, of “putting profits above public health” and “forcing governments to bend to its will.”

Public Citizen’s report noted that Pfizer has negotiated contracts with nations to ensure it retains the right to actually “silence governments” while funneling disputes through private arbitrators rather than public courts.

In Brazil, for example, Pfizer demanded Brazil waive its “sovereign immunity waiver on public assets” and agree to a “lack of penalties for Pfizer if deliveries were late.”

After first arguing Pfizer’s terms were “unfair and abusive,” Brazil ultimately agreed to them, even consenting to “resolve disputes under a secret private arbitration under the laws of New York” and to “broadly indemnif[y] Pfizer for civil claims.”

In addition to Brazil, Pfizer also required Chile, Colombia, the Dominican Republic, and Peru to waive their sovereign immunity.

Meanwhile, in her October report, Sharma noted that Pfizer had astoundingly asked Argentina to put “its bank reserves, its military bases, and its embassy buildings at stake as collateral.”

But Pfizer’s alleged “bullying” and apparent moves to silence governments has not been limited to Latin American countries.

The report added that in the United Kingdom, “[a] secret panel of three private arbitrators — not a U.K court — is empowered under the contract to make the final decision” in the event of a contractual dispute with Pfizer, while “[b]oth parties are required to keep everything secret.”

The same is true in the United States, in which both the U.S. government and Pfizer have agreed not to discuss the “existence, subject matter or terms” of the contract “without the prior written consent of the other.”

Closed-door dispute resolutions and demands for waivers of sovereign immunity are not the only concerning revelations from the Public Citizen report.

The document also suggests Pfizer, not government leaders, controls the donations of its jabs, throwing doubt as to whether U.S. President Joe Biden can make good on his pledge to donate 1 billion doses of the drug.

In addition, Pfizer has sought and obtained an Intellectual Property (IP) waiver for itself, which may let it off the hook in the event of litigation claiming patent infringement.

In her October report for WION, Sharma explained that “if Pfizer is accused of intellectual property theft, governments will pay.”

Pfizer is not unfamiliar with being hit with massive criminal and civil liability claims, which may explain its eagerness to defend itself against future lawsuits.

According to the DOJ, Pfizer misbranded an anti-inflammatory drug that had been pulled from the market, promoting its sale “for several uses and dosages that the FDA specifically declined to approve due to safety concerns.”

Pfizer’s subsidiaries pleaded guilty to a felony for misbranding the drug “with intent to defraud or mislead,” and the company was ordered to pay a criminal fine totaling $1.3 billion, “the largest criminal fine ever imposed in the United States for any matter.” Pfizer paid out another $1 billion “to resolve allegations” related to the illegal promotion of three other drugs.