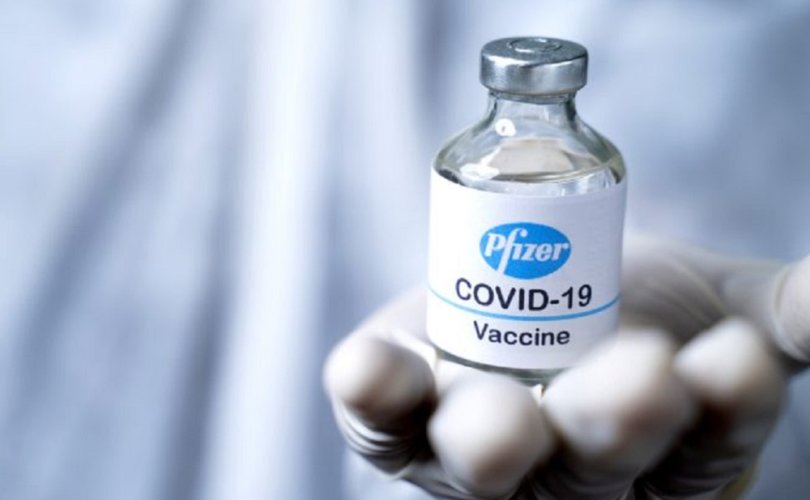 NEW YORK (LifeSiteNews) — Pfizer reported global sales and alliance revenue from its abortion-tainted COVID vaccine brought in $36.78 billion in 2021, helping to more than double profits across its business operations compared with 2020.

In an earnings report issued Tuesday, the pharmaceutical giant also estimated that sales of its vaccine and anti-viral pill will top $54 billion in 2022, buoying shareholders’ hopes that profits at the company might soar for the second year in a row.

Pfizer CEO Albert Bourla said the company plans to aggressively expand the use of messenger RNA beyond just COVID vaccines, pointing to potential treatments of muscle, the liver and nervous system, despite warnings from many researchers that the use of mRNA technology carries significant risks.

Despite record earnings, Pfizer shares fell 3% yesterday on Wall Street due to lower than expected 2022 sales forecasts for its anti-viral pill, Paxlovid, which it sells at $530 a course in the United States.

Anti-viral pills like ivermectin, which health chiefs have sought to ban or restrict, typically sell for a few dollars when available, with several scientists suggesting the much-maligned pills are more effective than those produced by Pfizer.

Pfizer said its overall sales in 2022 across the company’s product range could reach $102 billion.

“In the early days of the COVID-19 pandemic, we committed to use all of the resources and expertise we had at our disposal to help protect populations globally against this deadly virus, as well as to offer treatments to help avoid the worst outcomes when infections do occur,” Bourla said yesterday. “We put billions of dollars of capital on the line in pursuit of those goals, not knowing whether those investments would ever pay off.”

Reacting to the earnings on Twitter, some commentators remarked on how beneficial mass-vaccination programs had been to the company’s balance sheet.

Was mass vaccinating in the public’s interest or Pfizer’s? https://t.co/ojPAhfiCNE

Bourla also said yesterday that Pfizer’s vaccine for the Omicron variant would not be ready for distribution until March, casting further doubt on calls from health officials and mainstream media outlets to vaccinate people now with shots made for previous variants.

The CEO acknowledged that the eradication of COVID is unlikely to be achieved because of mutations and the virus’ global spread, with some scientists previously warning that new vaccines were contributing to the growth of variants.

Dr. Michael Yeadon, former Pfizer vice president and chief scientist for respiratory research, last week called on the media to apologize for their “lies” about vaccine safety as leaked data from the U.S. military indicated a 300% increase in miscarriages in 2021.

Yeadon, who spent 32 years in the industry leading new medicines research and retired from the pharmaceutical giant with the most senior research position in his field, was an author of a submitted petition to the European Medicines Agency (EMA) in December 2020 that raised substantial concerns regarding a lack of sufficient testing of the experimental COVID-19 gene-based vaccines before their emergency use authorizations.

With regard to the possibility of the shots endangering the fertility of women, Yeadon and his colleague, Dr. Wolfgang Wodarg, wrote, “There is no indication whether antibodies against spike proteins of SARS viruses would also act like anti-Syncytin-1 antibodies. However, if this were to be the case, this would then also prevent the formation of a placenta which would result in vaccinated women essentially becoming infertile.”

Such a possibility would need to be ruled out through standard experimentation before imposing such substances onto the entire population, according to the doctors.

“It’s important to note that none of these gene-based agents had completed what’s called ‘reproductive toxicology,’” Yeadon wrote in his recent statement. “Over a year later, this battery of tests in animals still has not been done. So there was and still is no data package supporting safety in pregnancy or prior to conception.”

The Centers for Disease Control and Prevention (CDC) released data in December showing a total of 965,843 reports of adverse events after COVID vaccines were submitted between Dec. 14, 2020, and Dec. 10, 2021, to the Vaccine Adverse Event Reporting System (VAERS).

The data included a total of 20,244 reports of deaths and 155,506 reports of serious injuries, including deaths, during the same period.