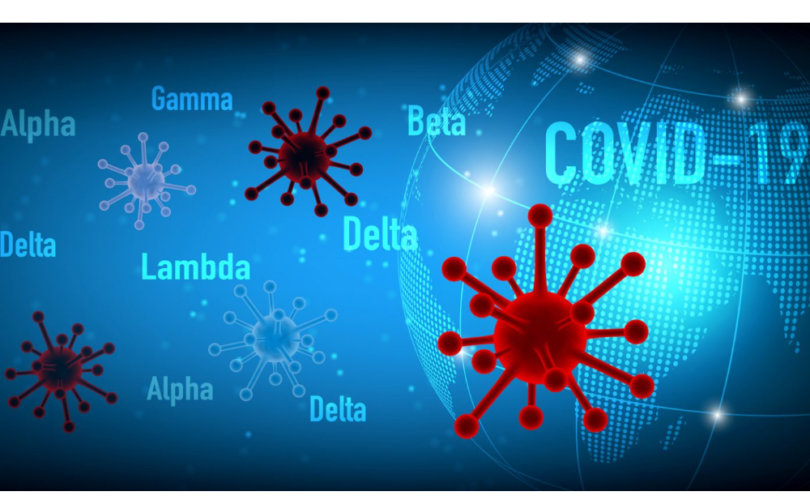 (Children’s Health Defense) – Pfizer CEO Albert Bourla on Tuesday told Fox News the company believes a COVID vaccine-resistant variant will likely one day emerge, but the company has a system in place to turn around a variant-specific jab within 95 days if it does.

“Every time a variant appears in the world, our scientists are getting their hands around it,” Bourla said. “And they are researching to see if this variant can escape the protection of our vaccine.”

Bourla said Pfizer hasn’t identified any variants that could escape the vaccine yet. However, that statement contradicts the findings of numerous studies by the Centers for Disease Control and Prevention (CDC) which show waning immunity against the Delta variant.

Pfizer and the Biden administration cited the CDC studies when calling for a third booster dose for the immunocompromised and general population.

Bourla said Pfizer could produce new versions of its vaccine to combat a variant within three months of its discovery.

“We have built a process that within 95 days from the day we identify a variant as a variant of concern, we will be able to have a vaccine tailor-made against this variant,” Bourla said.

Public health officials have said for months universal vaccination across the U.S. and population abroad would reduce the opportunity for the virus to further mutate and evade vaccines.

CDC Director Dr. Rochelle Walensky said during a July 27 press briefing, the big concern is that the next variant that might emerge — just a few mutations away — could potentially evade vaccines.

But other experts argue it’s universal vaccination that is creating highly transmissible escape mutants capable of evading vaccines and subjecting the unvaccinated to infection.

​​Dr. Peter McCullough, board certified in internal medicine, cardiovascular diseases and clinical lipidology, said in a recent podcast: “There are clearly sources of information to suggest that once we start vaccination and we get more than 25% of the population vaccinated, we will allow one of the variants that’s in the background to emerge because it’s resistant to the vaccine.”

“That [theory] makes sense,” McCullough said. “Just like an antibiotic, once we get to a certain percentage of coverage with an antibiotic, we’ll allow a resistant bacteria to move forward.”

“If we were to go back in time six months ago, we had about 14 strains or more in the United States — all relatively small proportions. We had U.K., Brazilian and there was always some Delta, by the way — it was always in the background. And there was a paper by Niessen and colleagues from Boston and Rochester Minnesota, a great paper — over a million sequenced samples. They looked at vaccination rates all over, and the variant proportions, and they concluded that with more than 25% of the population vaccinated, you’ll encourage a dominant strain to move forward.

In an interview on “RFK, Jr. The Defender Podcast,” McCullough cited an Aug. 10 study in The Lancet that showed people who are vaccinated against COVID are more susceptible to the Delta variant.

According to McCullough, the paper’s authors demonstrated widespread vaccine failure and transmission under tightly controlled circumstances in a hospital lockdown in Ho Chi Minh City, Vietnam.

In an Aug. 12 article, Vanden Bossche said universal mass vaccination will prompt dominant propagation of highly infectious, neutralization escape mutants, and naturally acquired — or vaccinal neutralizing antibodies — will no longer offer any protection to immunized individuals, whereas high infectious pressure will continue to suppress the innate immune defense system of the unvaccinated.

“This is to say that every further increase in vaccine coverage rates will further contribute to forcing the virus into resistance to neutralizing, S-specific Abs [antibodies]. Increased viral infectivity, combined with evasion from antiviral immunity, will inevitably result in an additional toll taken on human health and human lives,” Vanden Bossche said.

As far back as March, Vanden Bossche said:

“There can be no doubt that continued mass vaccination campaigns will enable new, more infectious viral variants to become increasingly dominant and ultimately result in a dramatic incline in new cases despite enhanced vaccine coverage rates. There can be no doubt either that this situation will soon lead to complete resistance of circulating variants to the current vaccines.”

Vanden Bossche said a combination of lockdowns and extreme selection pressure on the virus and global mass vaccination might diminish the number of cases, hospitalizations and deaths in the short-term, but ultimately, would induce the creation of more escape mutants.

This will trigger vaccine companies to further refine vaccines that will add to the selection pressure, producing ever more transmissible and potentially deadly variants, he added.

According to Dr. Robert Malone, inventor of mRNA and DNA vaccines, worldwide expert in RNA technologies and Harvard-trained physician, even if we had complete uptake in vaccines and complete masking, CDC data makes it clear that at best we can slow the spread of Delta but we can’t stop it.

“Geert Vanden Bossche — I am on board with that now,” Malone said, “that we really shouldn’t be doing universal vaccination because we’re just going to be generating escape mutants.”

The CDC cautioned in its report that vaccine effectiveness “might also be declining as time since vaccination increases and because of poor precision in estimates due to limited number of weeks of observation.”

The publication of the new studies comes a week after the CDC released its first three reports on vaccine efficacy — which also showed waning vaccine protection against the Delta variant.

— Article continues below Petition —
PETITION: Ban COVID vaccine mandates for schools and universities!
Show Petition Text
42593 have signed the petition.
Let's get to 45000!
Thank you for signing this petition!
Add your signature:
Show Petition Text

As The Defender reported, data released Aug. 18 by the CDC confirmed COVID vaccine effectiveness against infection has decreased, and the vaccines are less effective in combating the Delta variant.

The CDC’s Walensky said during an Aug. 18 press briefing the data demonstrates vaccine effectiveness against SARS-CoV-2 infection is waning over time against the Delta variant.

One study assessed Pfizer and Moderna’s effectiveness against infections among nursing home residents, and found it dropped from 75% pre-Delta to 53% when Delta became dominant. The study didn’t differentiate between asymptomatic, symptomatic and severe infections.

Another study used data from 21 hospitals to estimate the effectiveness of Pfizer and Moderna mRNA vaccines against hospitalization over time. Among 1,129 patients who received two doses of a mRNA vaccine, vaccine effectiveness was 86% 2 to 12 weeks after vaccination and 84% at 13 to 24 weeks.

They know they can’t win this argument on the science and that’s why they had to abolish the public process and independent oversight.

However, documentation showed the FDA approved a biologics license application for the Pfizer Comirnaty vaccine, not the Pfizer-BioNTech vaccine under current Emergency Use Authorization (EUA).

The FDA acknowledged that while Pfizer has “insufficient stocks” of the newly licensed Comirnaty vaccine available, there is “a significant amount” of the Pfizer-BioNTech COVID vaccine — produced under EUA — still available for use.

The FDA said the Pfizer-BioNTech vaccine under EUA should remain unlicensed but can be used “interchangeably” (page 2, footnote 8) with the newly licensed Comirnaty product — while remaining legally distinct.

A vaccine that is approved under EUA provides pharmaceutical companies with blanket liability protection under the PREP ACT from the potential harms caused by their vaccine. At least for the moment, the Pfizer Comirnaty vaccine has no liability shield.

“The FDA’s clear motivation is to enable Pfizer to quickly unload inventories of a vaccine that science and the Vaccine Adverse Events Reporting System have exposed as unreasonably dangerous, and that the Delta variant has rendered obsolete,” wrote Children’s Health Defense Chairman Robert F. Kennedy, Jr. and Dr. Meryl Nass.

Here’s my latest with @NassMeryl… Buried in fine print of Monday’s approval by FDA of Pfizer Comirnaty COVID vaccine are 2 critical facts that affect whether vaccine can be mandated + whether Pfizer can be held liable for injuries.https://t.co/QtpHufCKDI