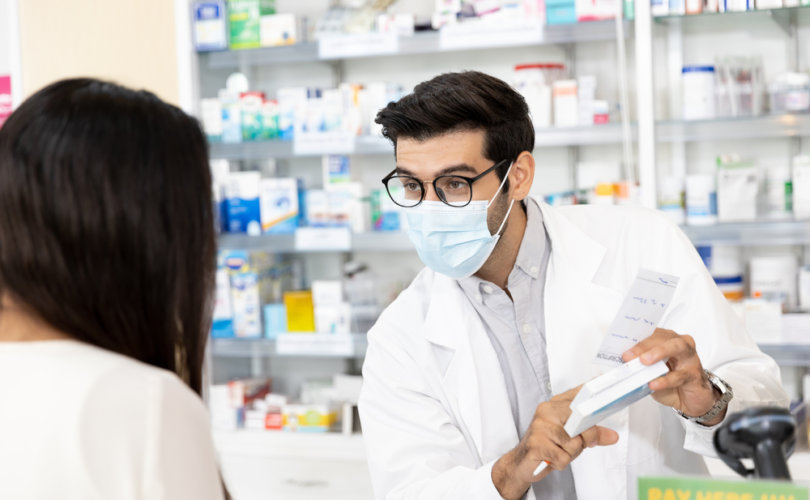 The Ted Pharmacy in Aldie has had its permission to administer the abortion-tainted jabs revoked after the Virginia Department of Health (VDH) was notified that some children in the area had been given doses of the shot designed for adults between November 3 and 4.

The VDH discovered that 112 children had been subject to the mistaken doses, leading authorities to ban the pharmacy from dispensing the shots and collecting any remaining jabs from the pharmacy on November 5, at which point the pharmacy officially ceased to be a vaccine center, according to a Fox News report.

A mother of one of the affected children told News4 that a pharmacist had given her 7-year-old daughter a diluted dose of the shot designed for people 12 years of age and older, telling her that this practice was not problematic.

After the mother researched COVID jab dosages online, she soon realized that there is no provision for adjusting adult doses for children. “I had this pit in my stomach that, like, what did they just do to my daughter?” she said.

A statement from the VDH said that the department “has not received any other reports of pharmacies or providers administering COVID-19 vaccines formulated for 12 years and older to children 5–11 years old.”

The department confirmed that it had reached out to other pharmacies which are currently distributing the COVID shots “with additional communication that outlined vaccine administration guidance. VDH also issued a letter to clinicians outlining information about this new vaccine formulation on November 5, 2021, which was drafted prior to receiving this report.”

Parents of children who have been given the wrong dose are being encouraged by state health officials to monitor their child for any adverse events and to seek medical advice following the mix-up.

Pfizer’s shot was approved for use in children aged 5–11 within the U.S. under the Food and Drug Administration’s (FDA) “emergency use authorization” protocol on October 29. The Centers for Disease Control and Prevention (CDC) soon endorsed the FDA’s approval for young children to be jabbed, with the formula having been adjusted to one-third of the dose given to adults.

The Virginia Board of Pharmacy said in a statement that it could neither “confirm nor deny whether an investigation into a possible violation of a law or regulation is or is not underway.”

“Should an investigation reveal there is probable cause to believe a law or regulation was broken an Informal Conference or a Formal Hearing before the board may be held for consideration of possible disciplinary action.”

The push to vaccinate young children comes despite the fact that children face extremely low risk from COVID-19. This combined with the thousands of reports of serious adverse events and deaths following the jabs has led numerous experts to criticize the push to inject children with the experimental shots.

Dr. Robert Malone, the inventor of the mRNA technology employed by the Pfizer and Moderna vaccines, has said that inoculating 28 million children 5 to 11 years old could lead to “1,000 or more excess deaths,” while the risk from COVID-19 for healthy children is “about zero” and appears to be lower than the seasonal flu.

Meanwhile, in Ontario, a September report from the public health authority confirmed that, after receiving the jab, hundreds of 12–24-year-olds suffered from myocarditis, a dangerous inflammation of the heart which the CDC has indicated is “likely” linked to the mRNA shots.