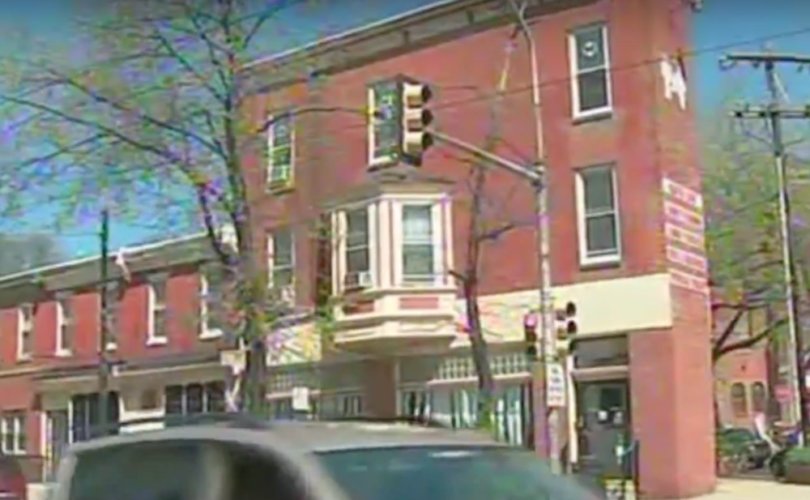 PHILADELPHIA, October 26, 2018 (LifeSiteNews) – As a new movie brings the true story of Kermit Gosnell to millions of Americans, the infamous clinic where the abortionist murdered hundreds of babies appears slated for the auction block.

The 2,700-square-foot building, dubbed a “house of horrors” when Gosnell’s crimes originally came to light, has sat empty for years. According to the 280-page grand jury report, it was an unsanitary, blood-stained site where Gosnell cut the spinal cords of hundreds of newborns; where witnesses described infants who survived initial abortion attempts as “swimming” in toilets “to get out”; where the feet of aborted babies were stored in a freezer; and more.

Philadelphia began sheriff’s sale proceedings against the building earlier in 2018, the Philadelphia Inquirer reports. A court hearing is scheduled next month, when Gosnell or any other associates with a claim of “ownership interest” can petition to pause the sale. The city wants to make up for almost $50,000 in unpaid real estate taxes and gas and water bills. If nobody makes a claim, the building will be sold at public auction early next year.

Gosnell is currently serving a life sentence for the first-degree murder of three born-alive babies and the involuntary manslaughter of patient Karnamaya Mongar, so property tax specialist Cat Martin doesn’t think it’s likely that he or anyone on his behalf would file such a petition.

Still, questions remain as to who will want the property, and what should be done with it.

“We have not had a true community engagement about that parcel yet, but one thing that I know needs to take place is healing,” said De'Wayne Drummond, president of the nearby Mantua Civic Association. “You can destroy something, but don't be healed, and you can restore something and still don't be healed. How can the community come together and go through a healing process with this development?”

Some in the neighborhood want the 100-year-old building to be demolished entirely, the Inquirer notes, while others think it should be preserved for its historical architectural value.

While it might make intuitive sense that destroying it would help the community put the “house of horrors” in the past, real estate damage consultant Randall Bell told the Inquirer that such moves can actually prolong controversy by prolonging news cycles, as it did in the case of O.J.'s Simpson's home.

“When you have a horrific event that's inside a single-family residence, such as Jeffrey Dahmer's apartment, the effects on real estate are typically more profound because people live there and sleep there, and there are memories that you don't want to go home to,” he explained. “With commercial properties, while there can be an effect, it's usually different and typically less.”

Either way, many want something to change, as the “blighted” property has stalled nearby development in a city where real estate development is otherwise steady.

The “house of horrors” has come under renewed attention this month with the release of Gosnell: The Trial of America's Biggest Serial Killer, an independent film based “very heavily on actual court transcripts,” “dozens of hours of interviews” with Gosnell himself, and the grand jury report.

Several people have attested to the film both converting them and inspiring them to do more for life. Most recently, Terri Palmquist of LifeSavers Ministries revealed that a screening in Bakersfield, California inspired a group of mothers to get involved in sidewalk counseling, where their example convinced a young woman scheduled for an abortion to choose life.

Hollywood and the mainstream media have opposed the film at every step of its production and distribution process, presumably because of the potential for such impact.

Gosnell has received rave reviews from pro-life and conservative viewers, and currently has a 98 percent audience score on Rotten Tomatoes. Readers can find theaters screening Gosnell on its official website.