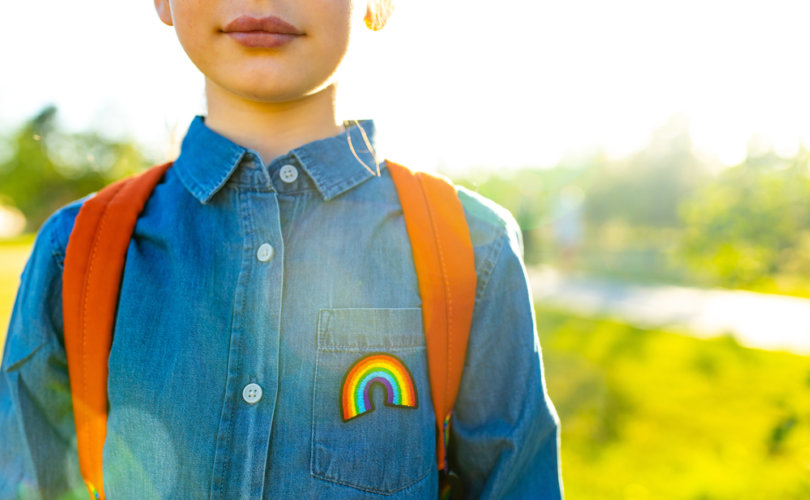 PHILADELPHIA (LifeSiteNews) – The Philadelphia School District bowed to Leftist gender ideology after the district superintendent announced that schools will begin allowing students to self-select their gender identity for school records, including a new “non-binary” option.

In a December 9 letter to parents, Superintendent William Hite said that, as part of the Philadelphia School District’s commitment “to providing safe and inclusive learning environments that support the emotional and mental health of all our students,” he was “excited to announce” a new policy whereby students will have the option to change their school record to reflect the notion that they are “non-binary.”

The policy, which took effect on Monday, affirms an alleged “right” of students who falsely consider themselves as “transgender and gender non-conforming … to select and identify as their preferred name and gender, even when that is different from what is printed on their birth certificate,” Hite’s letter explained.

The superintendent noted that students would have the opportunity to update their gender identification preference “without providing legal documentation or needing parent or guardian approval.” This preference will then be reflected on digital school learning systems, like Google Classroom, as well as on “assessments and report cards, etc.”

“This is an important step forward in our effort to become a more equitable and inclusive school district,” Hite commented.

However, state records would not be updated since Pennsylvania law requires a student’s records to accord with their legal birth certificate.

District spokeswoman Monica Lewis said that updating one’s identity preference at schools “really is as simple as downloading the form and then identifying with whichever gender, whether it’s male, female or the non-binary option.” She clarified that it is the administration’s understanding that “today a lot of individuals do not identify with the gender to which they were born,” leading to the updated policy, 6ABC Philadelphia reported.

In like manner, the Oshkosh Area School District (OASD) in rural Wisconsin enacted a policy in October instructing teachers not to inform parents of their child’s decision to identify as the opposite sex while in school.

Both Philadelphia schools and the OASD could be acting in violation of the Constitution. According to a report in The Federalist, the Supreme Court has upheld the right of parents to have direct and final authority over their child’s education as constitutional in Troxel v. Granville, citing the 14th Amendment’s Due Process Clause.

The ruling states that the 14th Amendment “has a substantive component that provides heightened protection against government interference with certain fundamental rights and liberty interests, including parents’ fundamental right to make decisions concerning the care, custody, and control of their children.”

6ABC noted that there are currently no statistics demonstrating how many children may or may not identify themselves by the “non-binary” appellation in Philadelphia. The agency was able to gather information from nearby Camden, New Jersey, and Wilmington, Delaware, where 1.1 percent of residents “didn’t identify with any gender listed,” concurrent with national figures, the report said.

The new guidance follows that of District Policy 252, Lewis affirmed, which purportedly ensures “safety, equity, and justice for all students regardless of gender identity or gender expression so that they can reach their fullest human and intellectual potential.”

Although the new school policy does not require parental consent for any changes in gender recognition for their children while in school, John Fisher-Klein, executive director of the LGBT-advocating Attic Youth Center, made a “plea” to parents, imploring them to “create a space where your child can be authentically themselves.”

Regarding the miniscule “non-binary” identification result from surveys, Fisher-Klein claimed that “[as] we begin to be a more inclusive society and open up more, you’re going to see more than one percent.”

LifeSiteNews reached out to the Philadelphia School District for further comment but did not immediately receive a reply.