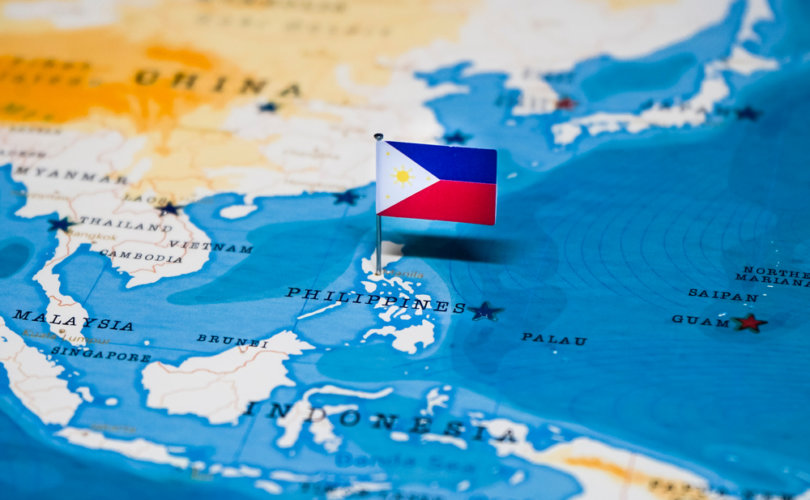 MANILA, Philippines (LifeSiteNews) — Authorities in the Philippines have imposed a lockdown on unvaccinated citizens living in the metropolitan area of the country’s capital, Manila.

Government officials made the announcement Tuesday amid reports of rising cases of COVID in the island nation, said to have reached a new record of 4,984 new cases last month, 2,600 of which were in the metropolitan area of Manila, and despite the fact that close to 70% of the 14 million people located in Manila’s metropolitan area have already been vaccinated against COVID-19.

Under the new restrictions, those who have not yet received two doses of the COVID-19 vaccine will no longer be allowed to leave their homes except for “essential reasons” such as buying food, water, medicine or going to work. They will be barred from entering public transportation, as well as cafés, bars, restaurants, and shopping malls.

In addition, people working in offices will have to take a COVID test every two weeks at their own expenses. In the Philippines, these tests can cost up to $100 or more, according to RT.com.

The restrictions are said to remain in place until January 15, but this could change if the number of reported cases continues to rise.

Unvaccinated citizens who do not comply with the new rules could face a fine of up to $1,000, a jail sentence of up to 6 months, or both.

Meanwhile, fully vaccinated citizens are free to move around as they please.

This state of affairs was described as “a pure act of discrimination” by some Filipinos who took to social media following the announcement of the measure.

Manila authorities defended the decision in a memo, explaining, “Despite the availability of vaccines, there is a number of individuals who adamantly opt not to be vaccinated … thereby unduly burdening the healthcare system to the detriment of public health.”

The suggestion that unvaccinated people are putting stress on hospitals and healthcare systems is an argument frequently used by governments and the mainstream media in an effort to encourage mass vaccination against COVID-19.

However, this claim is contradicted by other data from various countries on COVID-19 hospitalizations which point, in fact, to an opposite trend, namely that vaccinated people are a higher percentage of people hospitalized by COVID, mainly because the protection provided by the jabs against the virus is fast waning and insufficient. They also cause a weakening of the immune system.

In spite of this, unvaccinated people are increasingly being used to explain away the rise in COVID cases and are being blamed for the pandemic, leading governments around the world to target them exclusively.

The Austrian government, for instance, has recently announced that as of February 1, vaccination against COVID-19 will become mandatory for all citizens, with violators facing fines and jail sentences. The German and French governments have also hinted at similar measures in the future, with President Macron recently saying he wants to “piss off” the unvaccinated, whom he described as “non-citizens.”