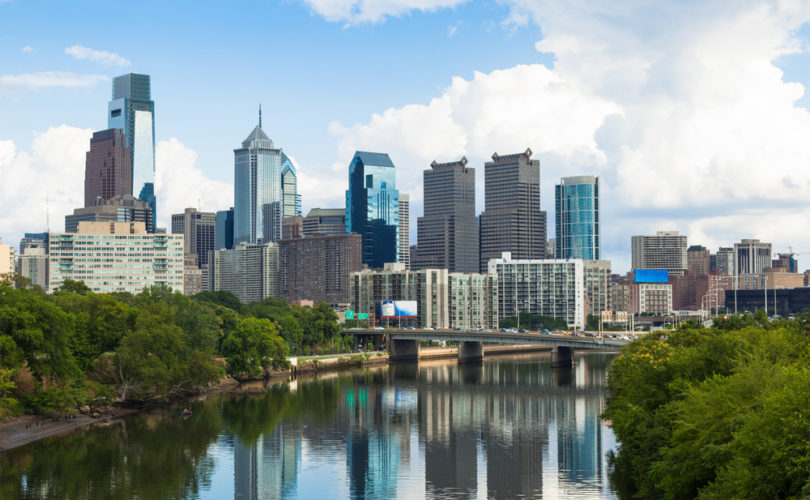 PHILADELPHIA, PA, August 24, 2015 (LifeSiteNews) — A group of LGBT activists has been told it cannot use a local Catholic parish’s space for its workshop during next month’s World Meeting of Families in Philadelphia.

Pro-homosexual groups New Ways Ministry, Dignity USA, Fortunate Families and Call to Action, calling themselves “Equally Blessed” as a coalition, had planned to use the parish center of Saint John the Evangelist Church in downtown Philadelphia for a “supplemental conversation” to the Catholic event, according to the Philadelphia Inquirer.

A workshop called “TransForming Love: Exploring Gender Identity From Catholic Perspectives” was scheduled by the group for September 26 at the Saint John parish space, just a few blocks from the Pennsylvania Convention Center where the World Meeting of Families will be held.

The groups planned to hold a news conference and group meetings there as well.

The parish was also to be home base for 14 families who are coming to the event representing LGBT Catholics, the newspaper said.

The group was informed by Saint John’s pastor the week before last that it could not use the parish space for any events during the World Meeting of Families. They plan to relocate the LGBT workshop to Arch Street United Methodist Church, also near the Convention Center.

While the Inquirer report stated the Archdiocese of Philadelphia was behind the decision, archdiocesan spokesman Ken Gavin said administrators had looked into the programming and provided guidance, but that the final decision on use of the Saint John site was made by the parish.

It was expected that “any parish-sponsored activities would feature content that is in line with Church teaching,” Gavin said.

“That expectation applies across the board to all matters,” he said. “If archdiocesan administration were to become aware of any activities to the contrary it would be their responsibility to look into the matter and ask that appropriate corrective action be taken. Focusing on this matter as LGBT related only would be shortsighted.”

The World Meeting of Families is an international triennial event founded by the late Pope Saint John Paul II to strengthen the sacred bonds of the family.

Countless groups have applied for exhibitor space at the event, but not all make it through the process, even when they are in line with Church teaching.

The international lay coalition of prominent pro-life and pro-family organizations Voice of the Family was denied in its application to be an exhibitor for the family event.

Philadelphia Archbishop Charles Chaput has stated that individuals identifying as homosexual are welcome at the World Meeting of Families, but promoting anything in contradiction of Church principles is not.

The Catholic Church teaches that homosexual inclinations are not a sin, but that acting upon them is gravely immoral.

“We don't want to provide a platform at the meeting for people to lobby for positions contrary to the life of our Church,” Archbishop Charles Chaput said at a June press conference, according to Reuters. “We are not providing that kind of lobbying opportunity.”

Numerous pro-homosexual groups and individuals have sought to use the Pope’s appearance at the World Meeting of Families to gain his attention for their cause.

Despite a loose communications style, the Holy Father has made repeated statements in defense of marriage and family.