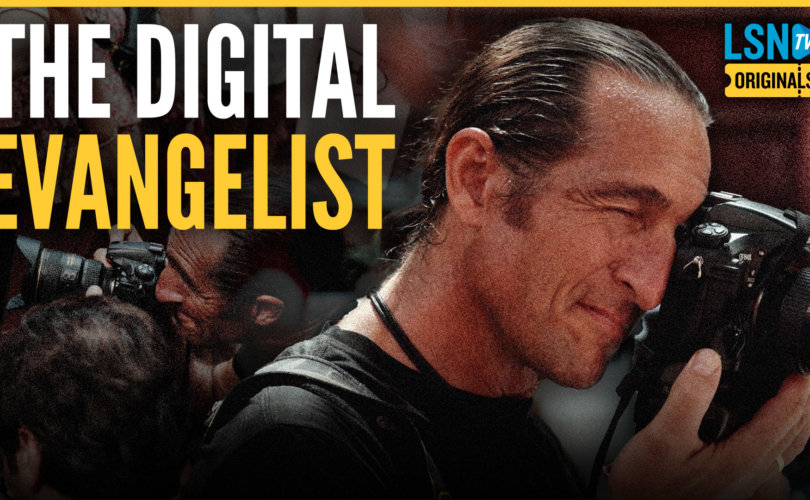 NEW YORK (LifeSiteNews) – The moment Jeff Bruno realized he had obtained his version of the middle-class dream was also the instant he realized his abject existence.

“All my adult life I worked in the music industry. That was everything,” Bruno told LifeSiteNews in its latest mini-documentary video chronicling Bruno’s conversion and latest work. “That was my dream in life, to be musician, to be a rock star. And I got to a great place within the industry, and after my wife — after we had our first son — we had everything, and I was the most miserable person you would ever want to meet.”

Bruno did not believe in God, but he began to struggle with that idea when his wife decided their son should attend Catholic school. Bruno knew that one day he would have to answer his son’s questions about faith. Not wanting to fall short in this regard, Bruno was led to confession, the Mass, and regular visits to pray in church. It was during one such visit that Bruno had a personal epiphany.

“I had this experience. I can’t describe it as anything other than an encounter with Christ in a direct way, in a way that I felt His presence,” an excited Bruno recalled. “I knew at that moment that God was there.”

In addition to marking Bruno’s radical personal transformation, that point in time was also the beginning of his desire to become an ardent servant of the Gospel. “I realized that … I was like if God is real, ‘Well, God, what do you want me to do?” he said.

Bruno observed a desperate need for beautiful Catholic images to fill the internet in its early years. Because he felt they were in such short supply, that impression led him to pick up a camera for the first time and to make a serious effort to document the life of faith using photos in order to lead others to Christ.

“I realized that evangelization through imagery is one of the — you know, it’s the beauty of the Church — you know, that people can see, the visual part of it,” Bruno explained. “And it’s not only stained-glass windows, or statues, sculptures, or anything like that. It’s the activity, the life of the Church.

“It’s the people within the church. It’s the love. It’s the charity. It’s the mercy. It’s all these different aspects of it. There’s so much beauty within the Catholic Church that people will never see if people don’t take it out to the world and present it to them.”

“We live in a time right now where there’s these platforms that are out there, the technology is out there. It’s never been easier to accomplish,” he concluded.